Andersen’s “The Little Mermaid” and Modern Telling of Disney 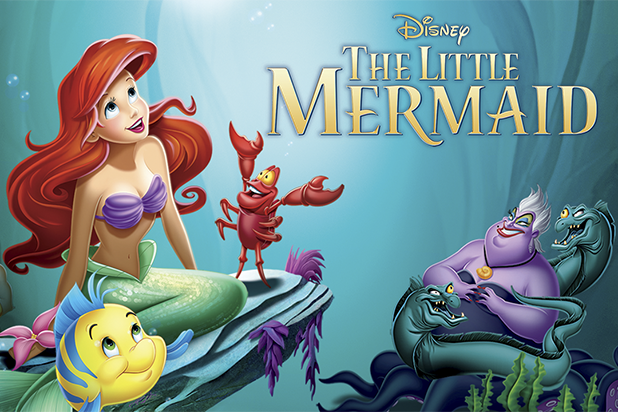 Ariel, designed by Glen Keane and voiced by Jodi Benson, seemed to have nothing in common with the little mermaid, her original character. Disney drastically changed a number of components, including the tragic ending of Andersen’s fairy-tale in order to produce an entertaining and positive story. According to Glen Kean, co-supervising animator for The Little Mermaid, “The writing was on the wall and we had to prove ourselves” (BVHE, 2006).

This is not surprising as “by re-telling old stories differently” it is possible to change “social values and norms that we do not wish to support” (Robinson, 2010, p. 149), as the“new media reaches out to a broader audience in a modernized way” (Greenhill and Matrix, 2010, p.12).

There are a number of similarities between Hans Christian Andersen’s “The Little Mermaid” and modern telling of Disney’s “Little Mermaid”, as well as many differences between these two works that need to be addressed. The following essay compares and contrasts the plots, characters, themes, symbols to display these similarities and differences.

The personalities of Hans Christian Andersen’s Little Mermaid and Disney’s Ariel are strikingly different. While the little mermaid is introverted, very quiet and reserved, Ariel is an extroverted, very adventurous, headstrong, vibrant rebellious and outgoing girl, and all these characteristics seem to be associated with her rich red hair. According to linguists Carmen Fought and Karen Eisenhauer, “The Little Mermaid” is a “Renaissance-era movie” and not an “average frilly princess film,” but an animation with an active woman “who get things done” (Guo, 2016).Saving Prince Eric causes different reactions: the little mermaid feels a bit melancholic, while Ariel sings and swims happily around the castle.

In Hans Christian Andersen’s story, the little mermaid is submissive and despite her desire to explore the world above the sea, she patiently waits for her 15th birthday. “When you have reached your fifteenth year,” said the grand-mother, “you will have permission to rise up out of the sea, to sit on the rocks in the moonlight, while the great ships are sailing by; and then you will see both forests and towns” (Andersen, 2002, p. 3).To stress the submissive and passive nature of the female protagonist, the author has described her actions in a passive style, while the actions done by male characters are active (Levorato, 2003, p. 66; Van Hees, 2004, p. 262).

The little mermaid is a romantic character who is in love with love, and her fantasies of adventure revolve around the idea of love.  While her sisters discover various objects hidden in wrecked ships and collect them, the little mermaid is just attracted to Prince Eric. “Many an evening and morning did she rise to the place where she had left the prince, but she never saw the prince, and therefore she returned home, always more sorrowful than before. It was her only comfort to sit in her own little garden, and fling her arm round the beautiful marble statue which was like the prince” (Andersen, 2002, p. 9).

In Andersen’s fairy-tale, the little mermaid is dreamy, longing for an immortal soul. She is also self-sacrificing, and does not kill the prince despite being aware it is the only way to save her own life. Unlike the little mermaid who is reserved and shy, Aries is more daring and curious. Her energy is directed to discovering the world and satisfying her quest for possibilities. She is more pragmatic and focused on relationship with humans, and creating herself as a woman, unlike Andersen’s mermaid pondering about the spirituality, immortality, and deep meanings.

Hans Christian Andersen’s little mermaid has a larger supportive family helping her in her endeavors, while Disney’s Little Mermaid is more conservative. For example, Andersen’s mermaid has a grandmother, who contributes to her journey outside the sea.

Andersen’s Mermaid has 5 sisters who inspire her to look for the prince.Disney’s Mermaid has 6 sisters and being the youngest of King Triton and Queen Athena’s daughters (Holmes, 2008), has to obey her conservative father who is against her relationship with human beings. King Triton has even assigned his advisor Sebastian to guard her. Disney does not depict Ariel’s sisters as developed characters who provide feminine support like the original fairy-tales indicates, and integrates “silly” male characters to form the protagonist’s support system (Comer, 2008). Thus, Ariel and the little mermaid have different family and friends who support them.

The latter describes human experience as an eternal suffering. Ursula manipulates Ariel, telling that she can be mortal only after giving up her voice. On the other hand, if she fails to be kissed by the prince within three days, Ursula will capture Ariel’s soul forever.Thus, Ariel exchanges her voice for a pair of legs.In the classic fairy-tale, the little mermaid’s tragic death will be avoidable if the prince does not fall in love with her human version and if he does not marry another woman. As the little mermaid and Ariel make a decision to become a human, the transformation is described through savage process in both versions. While cut breast and blood are present in the original tale, the Disney’s version depicts cut tongue and loss of voice.

Disney’s tale is optimistic, unlike the tragic ending of the original fairy-tale. Unlike Disney’s animated film, Prince Eric does not fall in love with the little mermaid in the original version. In Andersen’s tale, prince never knows that it is the little mermaid who saves his life and not the daughter of a neighboring king. In the animated version, Prince Eric soon becomes aware that Ariel has saved him and is the girl of his dreams. Ultimately, they marry and live happily ever after with King Triton’ consent. The Disney’s animation ends with Ariel kissing her father good-bye and whispering, “I love you daddy” (Clements et al., 1989).

In the original story, Prince marries the King’s daughter, falsely thinking she has saved his life. This leads to the little mermaid’s tragic death in the morning. However, she can save her life by plunging the prince’s heart before sunrise and transforming back into a mermaid, as the sea witch had instructed her. Observing and finding out that the prince is happy with his new bride, the little mermaid chooses her own death by tossing the knife into the depths of sea. The dead mermaid transforms into foam on the sea and meets with the daughters of air.

Despite the fact that mermaids have no immortal soul, due to her virtue of self-sacrificing love, the little mermaid is gifted with immortal soul and becomes “a daughter of the air.”Disney’s version is a typical happy end, revolving around the concept of love, acceptance and kiss (Smoodin, 1994).  Eric is more heroic in the animated version unlike the original prince. Prince Eric is smart enough to discover about being fooled and rescues Ariel from Ursula, thus becoming an ultimate hero.

Unlike the animated tale presented by Disney, which is focused on entertainment (O’Brien, 1996), the original story written by Andersen has more spiritual stress. The Christian doctrines underlying the plot of “The Little Mermaid” include the concepts of immortal soul, heaven, self-sacrificing, moral virtues, and salvation. In the original tale, mermaids are not mortal and live for three hundred years transforming into sea foam.

The protagonist of the fairy-tale, for example, is more determined to obtain an immortal soul, than simply marry the prince and live happily ever after. The little mermaid is aware that human love is the only way to achieve immortal soul, and is not concerned with material pleasures. Her heart is full of moral virtue of love, and she is not interested in temporal material possessions and collections, like her sisters and the sea witch.  “Why have not we an immortal soul? I would give gladly all the hundreds of years that I have to live, to be a human being only for one day, and to have the hope of knowing the happiness of that glorious world above the stars” (Andersen, 2002, p. 11).

Disney’s Ariel is a dependent woman with no identity looking for patriarchal control unlike the little mermaid striving for immortal spiritual identity.Describing the character ofthe little mermaid, Henke et al., (1996) mention that“the female protagonist shows signs of selfhood” (p. 236).Ariel is focused on marriage, while the little mermaid is focused on love. “Andersen’s mermaid quests for a soul, but Disney’s mermaid, Ariel, quests for a mate’’ (Trites, 1991, p. 145) and “wants to gain only marriage’’ (p. 146).The latter acknowledges the value of genuine love by self-sacrificing, while Ariel cannot feel complete without a man’s love. In Disney’s version, Ariel “switches” to another patriarchal form.

Her goal, journey and conquest are the transition from the power of her controlling father to new male domination (Bell, Haas, & Sells, 1995). In “The Mermaid Sets the Story Straight,” poet Debra Cash (2013) retells Andersen’s “The Little Mermaid’’ from the mermaid’s perspective:  “Hans lied. He didn’t know the prince was just an excuse for me to change my life, to stop being a sister, a daughter” (p. 4).

Not knowing Prince Eric’s personality, she is attracted to what he might give her –liberation from her father’s kingdom. Original tale reveals more details about prince’s identity and personality traits.Being smart, energetic, and bold, Ariel is not autonomous and truly courageous like the little mermaid in Andersen’s tale. She is not as independent and is not secure about her body, wanting to dance like a human with legs, ignoring the joy of her unique dance. According to Berland (1982), such scenario may lead the young audience to reject their identity.

Disney has integrated the character of Ursula to depict a bitter, unhappy, lonely woman to present that the happiness is possible only through submission to male power. According to fairy tale scholar Maria Tatar, Disney’s witch is a “Medusa-like octopus who represents the monstrosity of feminine power” (Cruz, Devers, Kuhn, & Mlawski, 2013). “Having a voice, a sense of selfhood is risky because it is inconsistent with images of the “perfect girl” or the true woman. Ultimately, Ariel’s voice is silenced and she sacrifices her curiosity to gain the love of a man” (Henke et al., 1996, p. 237)So, Triton decides to give her fatherly consent, and bless Ariel and her happiness with Prince Eric, rather than disown her.

To conclude, Hans Christian Andersen’s “The Little Mermaid” and modern telling of Disney’s “Little Mermaid” share many similarities, and simultaneously differ in many ways. Similarities include the general plotline, stereotypical characters, such as family members and the sea witch as a villain, and concepts of adventure, exploration, curiosity, love, journey and struggle. The differences between two works include introverted and extroverted personalities of female characters, their families and friends as support systems.The little mermaid and Ariel have different goals and desires related to immortal existence, love, marriage, self-sacrificing, and spirituality.The ideas and concepts of female independence, femininity and feminism are inseparable from these themes. The process of transformation from a mermaid to human is depicted in different styles, yet both are accompanied by cruel actions.While the ending of the original tale is mournful, tragic and depressive, the animated version ends in an optimistic, positive and hopeful way. Regardless of the similarities and differences discussed in the essay, both works have achieved enormous success.