Causes and Impacts of Global Warming 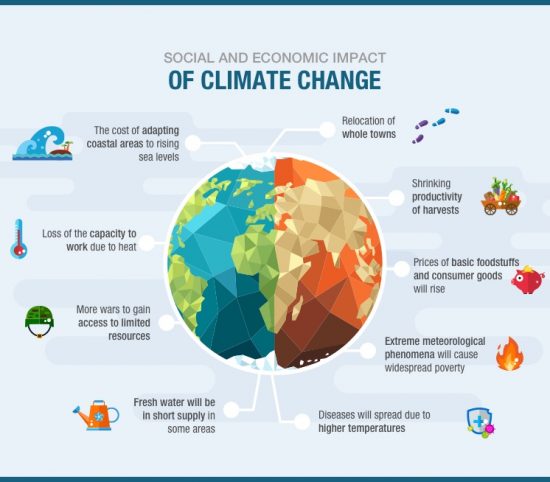 Global warming can be described as the scientific phenomenon that links the increase in the average temperatures of the earth to the trapped radiation on the surface of the earth such as the greenhouse. Such a phenomenon has been developing over the years and has hence become a threat to the life of humans and other living organisms due to the increase in greenhouse gases (Kevin, Fasullo, & Shepherd, 2015). In this essay, the researcher analyzed the causes and impacts of global warming.

The greenhouse gases released into the environment increase the temperatures of the earth. Such increased temperatures contribute to the melting of polar ice caps which ultimately results in widespread flooding. Flooding tends to be detrimental to both economic and social progress as it results in the loss of lives and destruction of property (John, 2015). Moreover, global warming is attributed to numerous alterations to the earth’s ecological, biological and geological systems. Such changes are believed to cause several environmental risks to the health of humans such as the spread of contagious diseases across the world, ozone depletion, extreme weather, biodiversity destruction, pressure on food-production systems and increased perils like wild-land fires (Kevin, Fasullo, & Shepherd, 2015). Due to global warming, different species die off while most of the migratory patterns are destructed. Moreover, most animals face increased risks because global warming is associated with reduced nutrient content to support the plant life and this ultimately affects the entire food chain.