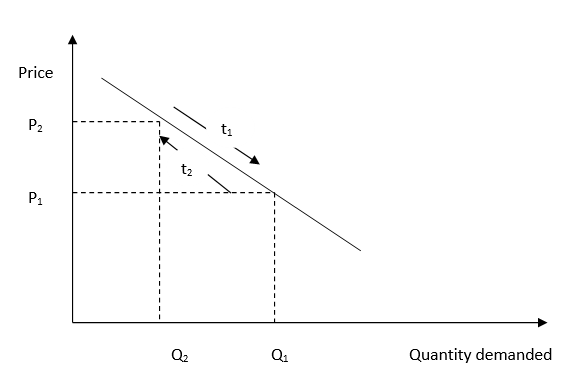 Changes in the demand curve would occur if other factors that influence demand in the market other than price change. For instance, if brand A of detergent that is perceived to be stronger than ArielClean1 detergent was introduced into the market, then the demand for brand A may decrease. This would force the demand curve for brand A to shift from D1 to D2 and would decrease its quantity demanded from Q1 to Q2 as Figure 2 depicts. Other factors that may force the demand curve to shift include changes in income levels, expectation about the future and changes in the prices of substitutes among others (Whelan and Forrester, 1996). 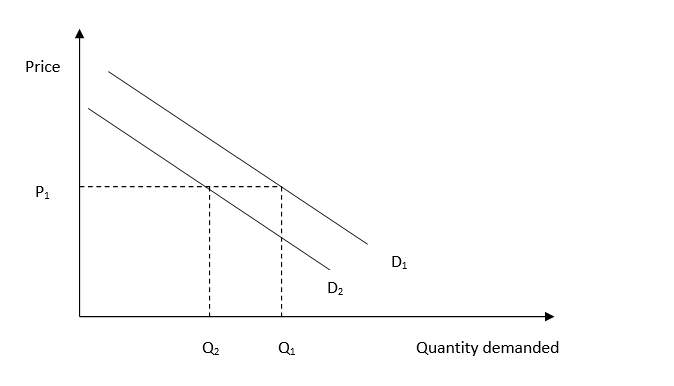 Figure 2: Changes in the demand curve

Figure 4: Changes in the supply curve

While nothing much may be said about the emerging theories and models in comparison to traditional economic approaches that occurred during the 20th century, evidence suggests that the new approaches have inclined largely to behavioural economics (Gomulka, 2018). Accordingly, while most of the traditional economic approaches are theoretical as evidenced on how (Marglin, 2018) describes The General Theory, most of the emerging models and theories align to the way people behave in daily lives. The best thing about the new models and theories is that they align with modern business practices and play important roles in contemporary economic analysis. Nonetheless, this does not render the conventional economic approaches useless to the current economic practices, but it appreciates the new advancements in economics. Indeed, in appreciation that conventional economic practices continue to play important roles in contemporary economic practices, Marglin (2018) appreciates that the general theories of economics together with insights provided by Keynesian theory are largely similar to contemporary approaches applied in the 21st century. The support was despite the criticisms raised against the Keynes theory that was at one time shown to be largely theoretical rather than applicable in real life.