Women and Micro-Credit in Rural Bangladesh – A Book Review 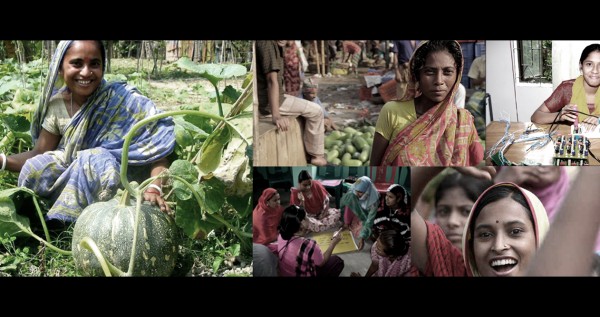 Women and Micro-Credit in Rural Bangladesh – A Book Review

The book explored the growing perception that micro-credit projects targeting women are capable of driving and accomplishing the agenda of sustainable (independent continuity as well as stability) and equitable (regarding women’ right to resources) development. The book presents an anthropological investigation of the level of involvement for women borrowers with credit programs and the economic impact that the Grameen bank’s lending program had on borrowers (women), family members/communities, and bank employees. The main questions addressed by the book are why only women are selected for the bank’s micro-credit program? What are the social and economic implications of such selection to the beneficiaries’ life? How does the bank’s lending structure ensure the high investment and loan recovery rates within the targeted village? What are the impacts of the loan recovery and investment on the borrowers as well as the members of the society?

The book also explores the social impact that the Grameen bank had on women empowerment in rural districts of Bangladesh. The study sought to challenge the conventional perception of lending and borrowing and the traditional notion of its success. Focusing on the procedures of village-level microloan operations, the study illustrates the realities surrounding women borrower’s daily lives as well as the bank staff. The study also provides an account of the power dynamics related to the participants’ lives and their impact on women borrowers – bank relationships, and bank – employee relations.

Aminur’s main argument is that the Grameen Bank’s public reason for focusing on women to improve their lives and empower them is inconsistent with the bank’s actual practices. Utilizing an ethnographic research approach, the author conducted a 13-months’ study that leveraged a sample from the Pas Elashin village, in Tangail district, which included 120 women borrowers alongside 12 employees working for the Grameen bank. Through unstructured interviews with bank employees and the women as well as observing the informants, the findings illuminated on the power dynamics that exist within the bank’s lending structure, the influence of micro-loaning on the family-level gendered power relations, elevated domestic violence and tensions, and barriers to women empowerment within the target village.

In theory, women’s level of engagement with microcredit was investigated through the lens of the normative entitlements of patriarchy. The author utilizes the public and hidden transcripts of Scott (1990) and Bourdieu’s (1977) practice theory to provide insight into the inconsistencies existing between the bank’s practices and ideologies and the participants. Gramsci’s (1970) hegemonic theory, which assists in exploring the reinforcement of the system through the ideology of violence and dominance towards women, and Amartya Sen’s entitlements theory to assess how the lack of/limited resources hinder women from ensuring a bargaining their security, the daily subversions adopted by women against the processes that tend to infantilize them and promote hierarchical social interactions with limited women’s entitlement.

The author argues that the bank’s success is partially attributable to its prowess in exploiting the patriarchal structures to drive its agendas and objectives. He also claims that while the Grameen Bank strives to empower women through micro-credit, it also bolsters and recreates patriarchal structures that in return infantilize women. Consequently, the author utilizes the aforementioned theoretical tools to examine the dominance aspects of the patriarchal doctrine within Bangladesh and how it facilitates the Bank-client, intra-family relationships, client-client relations, the daily subversions adopted by women against the processes that tend to infantilize them and promote hierarchical social interactions with limited women’s entitlement, and how the Grameen bank’s principles adapt to the field’s practical reality.

Aminur’s argument that the bank focuses on women to exploit their ‘positional susceptibility’ is an unfortunate allegation. The author claims that due to patriarchy, the bank’s employees are limited from recruiting women directly into the program. Therefore, they leverage such vulnerability to reach women through mediations with the male family members, preferably husbands. The resultant bank employee – loan center organizers’ power hierarchy is used to approve loans and collect installments. The bank employees thus exploit such susceptibility to recruit women as well as offer credit and the male family members also utilize the same vulnerability to utilize loans extended to women and pay installments on their behalf. He highlighted this as one of the inconsistencies between the details of the hidden and public transcripts. However, Aminur fails to back his argument with sufficient evidence. He solely relies on statements from bank employees/informants as his proof, employees who seem to be justifying why they do not recruit men and refrain from claiming that the bank targets women due to their vulnerability, especially the women’s value for honor, shame, and status. Moreover, the study does not indicate whether he inquired from the women participants the reason as to why they are targeted by the bank and if they would agree with the study’s hypothesis.

The exploitation of conventional gender relations to target women denotes the significance of the hegemonic ideology within the nation’s rural communities. The study indicated that both men and bank staff utilized the patriarchy ideology to serve their purposes. The bank’s dependence on customary obligations in the patriarchal gender relationships functioned to offset the bank’s cost of capital reproduction, thereby achieving the hidden transcript’s goal. The use of women’s vulnerability to acquire the bank’s and men’s interests affirms the society’s hegemonic ideology.

He also found discrepancies between the hidden and public transcripts in relation to the bank’s social development objectives. For instance, the public transcripts indicated that borrowers were expected to refrain from giving and/or accepting dowry. However, Aminu identified multiple instances where borrowers accepted and/or gave dowry contrary to the public transcript. Per the bank’s official decree, employees ought to supervise borrowers to warrant investment into income generating ventures that would support loan payment. Nevertheless, Aminur found insufficient proof of bank staff supervising loan usage. Indeed, his study reported that 78% of credit extended to the explored village utilized loans for purposes different from what the bank had approved. Moreover, the findings indicated that women handed over their loans to male family members in most cases. According to the public transcript, the bank issues loans to women borrowers, however, Aminur’s research reported that the loans were predominantly utilized by family/community male members who also supplied the weekly loan repayment instalments. Such practice contradicted the bank’s public transcript despite the fact that both borrowers and bank staff are aware of the discrepancy. The bank’s public transcript also indicates that women are the majority in the bank’s Board of Directors contrary to the hidden transcript that showed most of the women members were uneducated and powerless compared to the few male board members.

The author’s findings tend to emphasize that the existing patriarchal norm within Bangladesh is challenging to overcome and the Grameen Bank perpetuates the ideology and norm. Rather than sustaining the norm’s overwhelming control Aminur should have examined how and to what level the bank has contributed to weakening the norm. Despite the growing literature and research such as Karim (2014), and Morshed (2014), indicating how the bank has overtime eroded the patriarchal norm, the context and situation for women members has over the years improved significantly contrary to the author’s hypothesis although not to a great extent as depicted by some the bank’s adherents. As reported by Morshed (2014), though the empowering effects through the micro-credit program are visible for women in rural Bangladesh, such effects are characterized by friction and are hardly linear. Informants in Morshed’s (2014) study reported the existence of sporadic domestic violence as well as tension owing to the shifts in the families’ patriarchal power hierarchies due to the women’s engagement in revenue-generating ventures upon receiving loans.

The findings of the study also claimed that most women handover their loans to the male members of their families. However, the author’s argument that this inhibits women’s empowerment is wrong. Such a sentiment tends to imply that women are only empowered if they utilize the loans independently without men’s input/influence. However, the reality of the rural life in Bangladesh is different. Though men still have some level of dominance in decision making and authority, families are jointly managed. Additionally, the newly found financial security among the women has been proved to have contributed to new forms of bonding between borrowers and their husbands, particularly where they share dreams of a better future (Goetz & Gupta, 1996; Schuler, Hashemi, & Badal, 1999). Findings of another study indicated that wives and husbands in 19 out of 40 families in Grameen often consulted one another and made collaborative decisions pertaining to the wife’s business/venture. The newly found financial opportunities have promoted and driven new approaches of strategic planning through familial consensus. In a social setting where men had dominance over women, empowerment should not denote the replacement of an existing authority with another, rather, the notions of empowerment that the author and future research should focus on is empowerment through balanced partnership and active participation. An alternative and more accurate assessment of empowerment through credit could be studying whether credit programs drive an equalizing effect on the families’ decision-making efforts.

The author also seems to criticize the bank’s policy of electing uneducated women to the board of directors and also failing to have sufficient female employees suggesting that it illustrated inconsistencies between the hidden and public transcripts. His criticism is justified as the patriarchal norm is a great barrier to the employment of female staff. Nevertheless, recent research has indicated that multiple NGOs and micro-credit institutions have in the recent past sponsored female members vying for different positions during village elections, challenging rural patriarchal norms via democratic avenues (Karim, 2014). Thus, micro-credit programs and NGOs through their economic and advancement objectives are able to manipulate the women’s status and patriarchal norms in rural areas. Therefore, Garmeen’s arguments for not hiring sufficient female employees at the head office are unjustified as other organizations are succeeding in doing so in the effort to empower women.

Aminur’s book is replete with illustrations of partial women empowerment and policy circumvention to take advantage of the patriarchal norms while portraying no challenging impacts to these norms. Though the author is justified in claiming that tenacity and power existing within patriarchal hegemony hinders the ability of micro-credit programs to empower women, he is unjustified in depicting patriarchal dominance as an inflexible and unchanging force. Recent literature has proved the evolving nature of patriarchy and the accompanying adjustments due to factors such as the capital and labor needs could have enriched the author’s account of patriarchal dominance. Otherwise, the analysis and advice issued in the book would be insightful for investors and policymakers with an interest in understanding the ability of micro-lending to empower women.