Cause and Effect: A Case Study of Stanford Prison Experiment 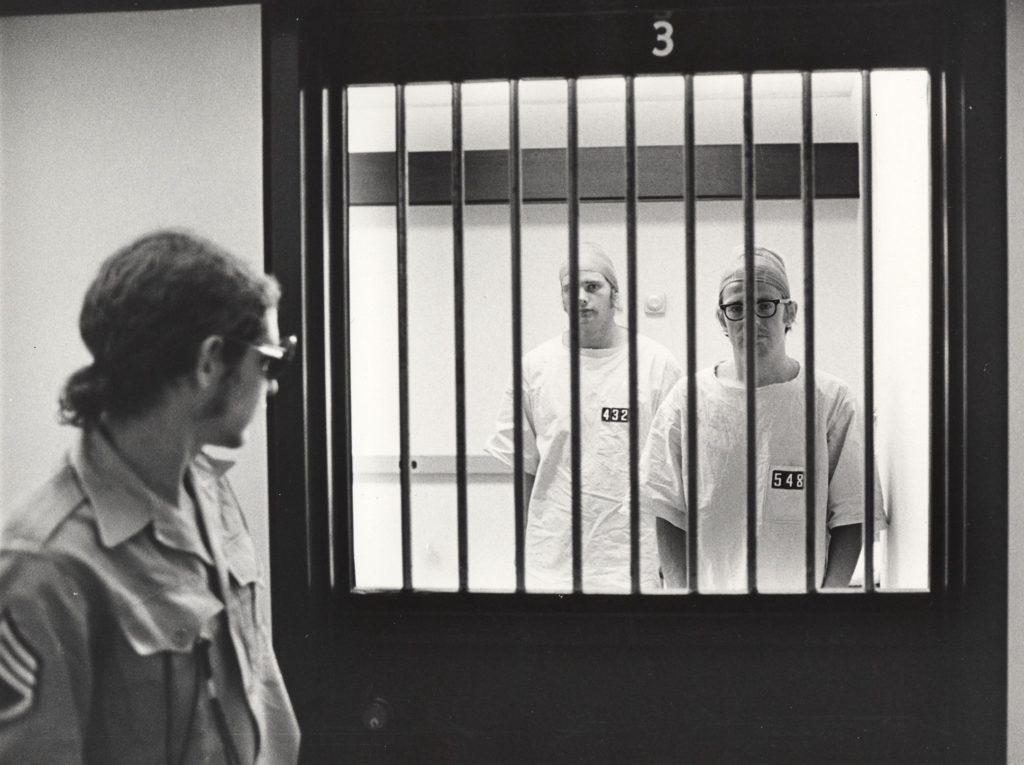 A free life is a blessing as we can live a standard life according to our needs and desires. Once imprisoned, all these free activities are gone and only a specific life is given as set by the authorities. Living in prison is not that easy as ones have to face several unwanted things. This could lead to the mantle and psychological conditions. Moreover, these conditions could be worst if the prison controlling authorities fails to audit the inside environment and behaviour of the security towards the prisoners. Nowadays Mental health associations are more concerned about this issue because the number of psychologically affected people is increasing tremendously inside the prisons.

In the 1970s, there was more concern about the criminal activities and people responsible for that. People were more interested to know whether the judiciary is taking right actions and could provide a better environment to the general public. In the similar years, the crime ratios were so high that prisons were less and prisoners were more. Almost in every state the prisoners were overcrowded and there was need of the new prisons. Several initiated were taken that time to solve this issue. Similarly, another concern of general public, politicians and scholar was related to the prisoners and their life during the prison duration. History shows that the psychologist Brodsky et al (1970), was asked for the help to rebuild the Alabama prison.

The media news, scholars, and other related societies highlighted the mental sickness of the prisoners and wanted to know the facts and figures behind this sickness. The prison cruelness was found to increase during the night shifts when the guards treated prisoners very badly ultimately resulting in mental disorders of the prisoners. Several academic writers performed studies and their investigations revealed several hidden facts (Haney et al., 1973; Zimbardo, Haney, Banks, and Jaffe, 1974; Zimbardo, 1975; Haney and Zimbardo, 1977). Lamb, Linda and Weinberger, 1998) reviewed the severe mental illness of prisoners. Zimbardo in 1998 wrote his documentary of causes and effect on imprisoning.  In his case study he tried to design a way focusing on the parameters which could be responsible for controlling the mind and psychological disposition. One of the big factors responsible for the mental sickness was the behaviour of guards. Among all the reasons, personal threats and verbal insults were the high rankings for putting the negative effects on prisoners.

This Stanford Prison Experiment (SPE) provided a clear insight of the prisoner’s life, ethical and psychological behaviours. In this experiment everything was set like a prison at the basement of the Stanford University and healthy mind people were selected for this case study. Some of them were working as guards, while others as prisoners. In this experiment it was seen that day by day the symptoms were changing and more of the prisoners were indulged in prisonlike talks, stories and other issues forgetting than what they are in reality.

With the passage of time they were evaluating others based on the comments of guards. Similarly on the other side, the guard’s behaviour was becoming more brutal towards the prisoner. The negativity inside the prison was not found to depend on the personal characteristics of the prisoner but on the pathological conditions faced. This was enough to rechanneled and distort the personality of the normal individuals. The mental illness resides inside the normal people who become violent on going through the hard and tough paths. Everyone could be its victim based on conditions and environment the one is living. Such kind of study was much appreciated as it was able to highlight the real issues of prisoners, how they became mentally retarded. It gave the idea to the prison authorities to overcome this issue and maintain the prison activities.

Afterwards many laws were changed about the criminal activities and a concept of rehabilitation was introduced. Which means that if someone is rehabilitated its prison will be reduced even though he has given a long prison sentence. This rule was somehow against the dignity and decisions of the judiciary who had considered the criminal for a long sentence. At the time of above-mentioned experiment, certain forces influenced and it had to be stopped. That time laws were changed and became tougher. According to new laws of that time the criminals should have long prison sentence.

Another noticeable issue in the prisons was found that they treated minorities really bad as compared with other nationals. This discrimination put this prisoner to another state of mental disorder. Since the behaviour of security guards towards the prisoners was bad, this discrimination produced another infuriate complex among the prisoners. Under such cases, those prisoners which were favoured they also became a headache for the effective. Irrespective of race, nationalities, sex and age, the prison environment is so tough and stressful that it can easily affect the mental level of a prisoner.

There is a huge number of the criminals involved in drug conviction cases and are to be held lifetime in the prison. The increasing number in the similar prison creates a lot of frustration, stress and mental illness. However it is also true that state needs to spend a lot of money in the building of new prisons which could accommodate the prisoners who are never going to free. The similar studies need to conduct to know the better insights of prisoners which may develop some positive psychology among the prisoners. Moreover, the concept of rehabilitation after the prison sentence could be suitable for raising the character and mental level.

– The nature/nurture debate
– Brain Development as Social Development
– How Smoking MARIJUANA Affect Your Mental Health?
– Depression-Anxiety and Meditation
– Psychological Health of Soldiers
– Silent Shame: The Epidemic of Sexual Assault in the Military and What to Do About It
– Second Language Acquisition – To What Extent May The First Language Affect L2 Acquisition?

Still not convinced? Contact us for a free consultation.