What is Political Science all About? And why getting political science help is academically important?

The peculiarity of Political Science is partly because the discipline tries to study one of the most powerful influencing phenomena on man today. All over the world and everywhere that there are people, governance and government is a paramount factor that everybody tries to appraise themselves with. A very good example is the current United States of America’s presidential impeachment saga. 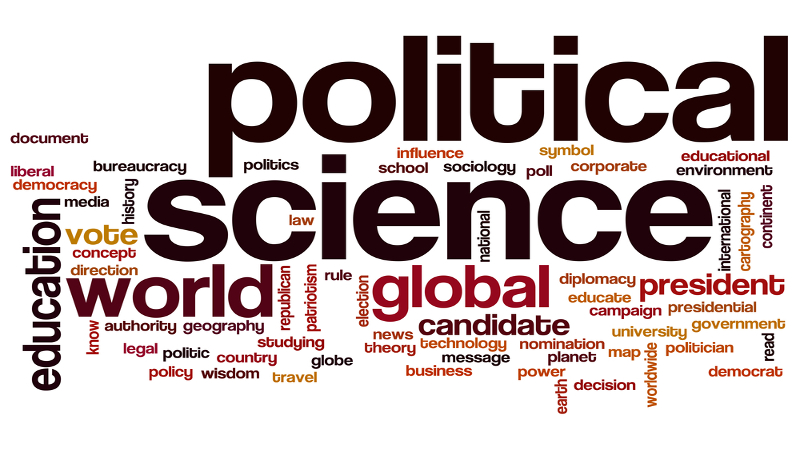 What is Political Science?

Some scholars define Political Science as a discipline which “explores relationships among and within governments, societies and individuals both domestically and internationally”. This definition stresses the fact that politics is not just limited to just governments and societies alone (what you might call macro-politics), but that it also involves individuals (what you might call micro-politics).

Some other scholars define it as “a social study concerning the allocation and transfer of power in decision making, the roles and systems of governance including governments and international organizations, political behavior, and public policies”. This definition cites exactly what politics does – it allocates and transfers the power of decision making. It also expands the agents of politics from governments, societies, individuals to international organizations.

Is Political Science a Science or an Art?

Specifically, Political Science is a “Social Science”. Social science are sciences that study humans and their society. They often take into cognizance human relationship and interaction whether as individuals or as a wholesome society. In this regard, Political Science is a social science that examines human relationship and interaction, with particular interest in how they organize their governance and power-sharing. It is a systematic, scientific study of humans in their society.

While Political Science is actually not an “Art” in the strict sense, it can however be seen as one in a loose sense. What exactly do we mean? Have you ever listened to a true politician be it face-to-face, via the radio, television, newspaper, online broadcast or through whichever other means? One thing is common – all true politicians have a mastery of language. They are experts in using flowery language that achieves the aim of persuading people even if all what they are feeding to the people are lies. Persuading another person to believe and buy your lie is simply an “art”! Science does not and cannot do that.

The importance of Political Science can never be over emphasized. This is because Political Science is one of the most powerful forces operating on people, communities and corporations today. A country is made or marred through political power-play. By extension, individuals within a society can suffer greatly due to decisions and policies that politicians engage in. A very good example is the World War I and World War II.

The first and second world wars are costly Political Science lessons. Certain political decisions were taken that either directly or indirectly caused and fueled the war, hence, causing the death of millions of the people. What can be more important than that which has the power of life and death inherent in it? This is the reason we now have public health and Political Science which is a branch of Political Science which attempts to study how political decisions and policies contribute either positively of negatively to the health of citizens.

The antecedents of “Political Science” can be traced as far back as to the Socratic political philosophers, such as Aristotle (384–322 BC). Aristotle was one of the first earliest scholars of Political Science to give a working definition of Political Science. He believed that it was a powerful branch of social science which holds special authority and control over other branches, such as military science.

Types of Writing and Sub-Fields in Political Science

This is a broad field of Political Science that engages in its study through the use of comparison. It is a systematic, scientific social science of comparison and then teaching of two or more different types legislature, political actors, constitutions and all elements of governance in general. The essence is often to be able to understand how every society with different political system work.

Political theory is the theoretical framework which serves as the foundation of political communities, societies and political institutions. It often focuses on the moral implications of human political association and the human nature of such association. It mainly concerns itself with the contributions of classical and contemporary philosophers.

International relations is that branch of Political Science which studies the relationships between states, nation-states, intergovernmental agencies, multinational corporations, etc. It often thematizes on issues like what causes war between countries? How can these wars be stopped, averted or prevented altogether?

American Politics is one of the sub-fields of Political Science. It aims to develop an understanding of how politics is practiced in the United States of America by engaging in the study of Congress, interest groups, ethnicity, policy formation, bureaucracy, race, public opinion and public participation in the voting process. It employs the historical and behavioral perspective in its study.

What Do You Do When You Need a Political Science Writing Help?

Each of these various branches of Political Science becomes a research puzzle Political Science in which you as a student, may be required to write assignments, essays, dissertations, etc. on any of these fields. The best option often time is to buy a Political Science research paper PDF. This is because students often face several challenges in writing political science papers.

This is why quite a lot of students often ask for “how to do Political Science research”? The answer to these questions and yearnings exist at Peachy Essay. The smartest thing to do whenever you have any form of Political Science writing is to contract it out to the professional writers who are experts in that field. And who else can handle it better than Peachy Essay?

No matter how hard you try to run, as a student of Political Science, you cannot always outrun assignments. They will always come. However, when they come, we are here to help with the writing because at Peachy Essay, we understand the tight schedule many students often run at times. Apply for this offer today, do not wait any longer. To know more, simply go to our Political Science Assignment Writing Services page.

Political science students often get confused on how to do Political Science research. If you are one of those at this crucial cross-road, then there’s good news for you today, Peachy Essay with many years of valuable experience has put together a team of professional writers who major in all the fields of Political Science ensuring that your thesis is immaculately written.

If you are close to the end of your course of study, then there is no way to avoid dissertation writing. Due to the extensive research needed for every political dissertation writing, students often search for how to write a Political Science thesis relentlessly without coming up with tangible solutions. There is no need to search further, all it takes is one phone call or a single click to order for your political dissertation service today. You may check out our Political Science Dissertation Writing Services page for further information on how to place your order today.