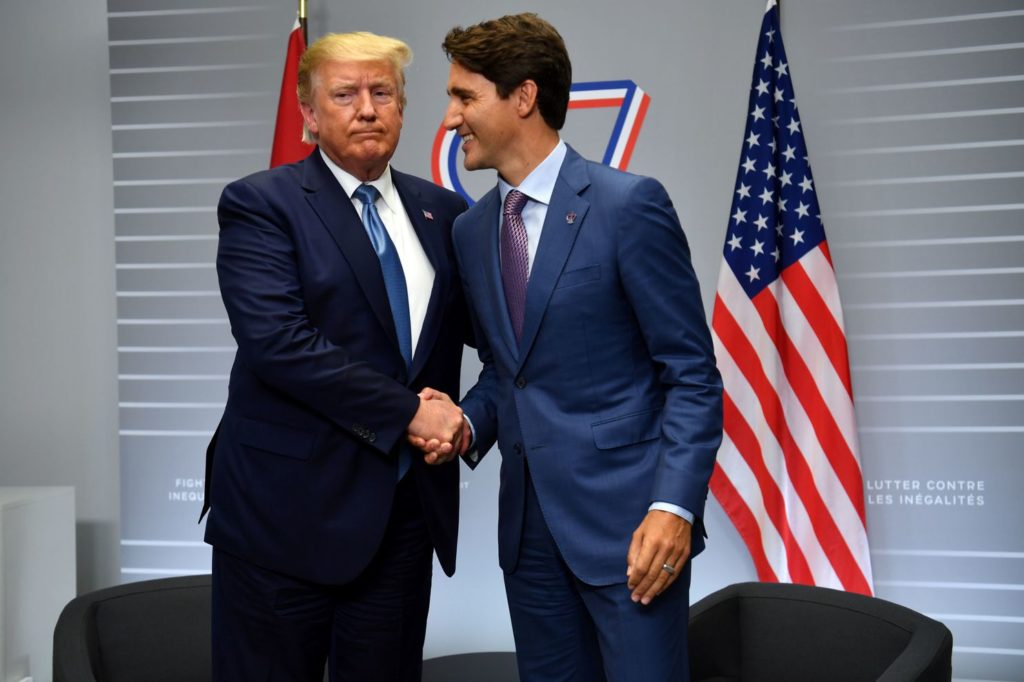 The relationship between Canada and America has for long been the envy of many nations across the world. The two sovereign allies are members of two military alliances, have some of the most extensive and balanced trade deals in existence and are long term trade partners. Sure, there are many times they have disagreed, especially on matters to do with domestic and international policies. However, each nation has its own perspectives and values, which infirm their domestic and foreign policies, thus creating the existing policy differences.

The immigration policies of Justin Trudeau’s Liberal Government and those of the Trump administration could not be further apart. The Trump administration has taken a stringent position on immigration, making it harder for immigrants, especially from poor and conflict-ridden countries to enter the country and seek asylum. We have seen report of children separated from their parents, and put in cages at America’s southern border. Canada on the other hand has opted to welcome these immigrants in a bid to impose diversity to Canadians. The Prime Minister believes that Canada should transition into a post-national state, without a core identity, towards a pluralistic and poly-ethnic society (Havers, 2019).

Abortion policies are serious contentious issues in both countries, and the current governments have different positions. The Trump administration is pro-life, and it has created policies that are in line with this stand, most notably defunding Planned Parenthood. According to Mccammon (2019), organization and facilities that provide abortion services are denied family planning funds, and the courts have actually allowed this policy to continue operating after it was challenged. Trudeau’s Liberal government on the other hand is strongly pro-choice, with anti-abortion liberals barred from seeking political office on a liberal ticket since pro-choice is the official liberal stand on abortion (Kilpatrick, 2014).

According to Brandy (2017), ever since Trump became president, he has rolled back Obama era policies on climate change and withdrawn America from the Paris Agreement, making America the only nation in the world not to ratify this agreement. His administration has also made significant budget cuts to programs tasked with research of renewable energy and contradicted the findings of the scientific community on climate change. Justin Trudeau’s administration does not get a thumbs up either when it comes to climate change, but the government’s stand has never changed. The Liberal administration in Canada has always seen climate change as a significant threat, and has implemented measures such as a carbon emission tax that is aimed at reducing carbon emissions by making it more expensive to emit carbon (Austen, 2018).

These differences, with the current administrations seem irreconcilable to me, with the back and forth we have seen from Trump and Trudeau, especially on climate change and immigration. I do not think the Canadian and American governments have stark policy differences, but the rhetoric between the two leaders, especially from Trump is making the existing differences seem irreconcilable. These policy differences however do not make the two countries enemies, but rather two sovereign, independent countries being governed by administrations that have different perspectives and values.