What is the role of social media in Black Lives Matter

The technological advancements are influencing the conduct of social groupings. This is evident in the manner in which human beings interact with each other. For instance, social media platforms have been facilitating human rights activities and movements such as Black Lives Matter campaigns. The platforms expose the vices and heinous acts committed on minority group members. Consequently, the use of social media has aided in chronological documentation of racism events as they occur. This enables campaign promoters in sharing and linking one occurrence with another with ease. Such a move has triggered the eruption of serious online protests not only in America but also in the entire world. The analysis on the role of social media on the Black Lives Matter Movement reveals critical roles the platform plays in society.

Evidently, a movement is shaped by the technology available during the period of its formation. For instance, the Black Lives Matter got a new boost when the hashtag was formed using its name on twitter (Stephen par.3). The hashtag went viral attracting people across the world. The hashtag was formed after an unarmed teenager was killed by a police officer. The hashtag contributed in the growth of the already established movement where new members started joining. Such activities escalated during President Obama era (Cobb par.21). Additionally, it was easier for the activists to raise alarm due to the option of sharing in various social media platforms.  Therefore, the technology available at a given time plays a central role in influencing the formation and growth of a civil rights group.

Notably, the use of social media has created a new trend in racisms where black persons are abused, threatened and even ridiculed for championing for their rights. For instance, during the campaigns for Black Lives Matter, persons who shared the hashtag were ridiculed by the white counterparts (Stephen par.11). Additionally, the blacks were trolled and abused for causing attention of the internet. This resulted to counterattack where the blacks also fired back and the internet got littered with bitter insults. The result was a series of physical protests from both the natives and the Black-Americans. Therefore, in as much the social media is availing platform for illuminating suffering, it also triggers perpetrators to continue with their activities online.

In as much the activists share information on social media platforms, they must also be careful with how they present the information. Federal agencies are always monitoring these platforms. For instance, several activists have been arrested for promoting inciting and abusive information on twitter. Additionally, persons with social influence such as huge following are at risk of arrests when sharing sensitive information (Cobb par.33). For instance, when the #BLACKLIVESMATTER got shared by celebs, it gained massive popularity within a short period of time (Freelon et al. 24). Therefore, incitement caused by influencers can cause insecurity in the country. This prompted the government security agencies to keep monitoring posts on social media platforms. 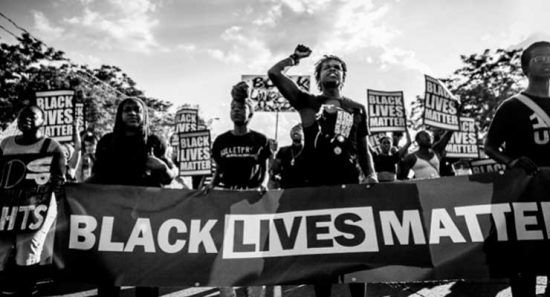 What is the Role of Social Media in Black Lives Matter?

Furthermore, social media platforms trigger the continuous violation of minority group rights. For instance, during the #BLACKLIVESMATTER movement, a video of white parents emerged online where they were seen mocking and abusing Black-American children. This video went viral triggering trends on twitter (Freelon 22). Some of the white parents posted on twitter claiming that they would have done the same if given an opportunity. On the other hand, the Black-American parents criticized the white parents for being insensitive. The hashtag was shared across various criticizing the vice (Freelon 31). Majority of the users insinuated that the activity threatened the security of the young children who could be attacked by their schoolmates. Therefore, the social media platforms are risky to minority groups who promote their aggression online.

Evidently, these activities raise serious questions on how humans should handle social media platforms. From the activities of the Black Lives Matter, it was clear that social media is a sensitive platform where users must be careful when posting items online. It also emerged that social media information and data is not private (Cobb par.33). Government agencies track activities during major crisis. Therefore, users must not reveal all their information online. Evidently, there is a more impact when a video containing injustice goes viral. It causes tension among civilians and might trigger wars or uncontrolled unrest. However, it emerged that social media platforms are best tools to stop a vice in society.

Lastly, after the analysis of the #BLACKLIVESMATTER hashtag, it was evident that social media is a powerful digital tool. It plays a critical role in society. Therefore, users must understand the sensitivity of emerging issues before embracing the social media platforms to advocate courses. For instance, users must understand the security threats, sensitivity and other consequences of the campaign. Besides, sharing inciting information can trigger arrests and public outcry. In the same manner, revealing personal details on social media platforms provide enemies with an easy process to commit the offences. This includes being trolled, blackmailed and threatened. Therefore, social media users should limit sharing personal details.