Who Is Karl Marx? And Is His Legacy Still Relevant Today? 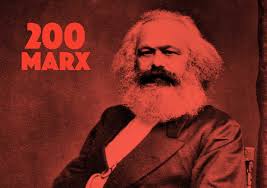 Karl Marx’s political philosophy is deeply controversial for various reasons, but it is inarguable that he remains a major presence in world politics and philosophy to this day. Marx’s dream of a worldwide workers’ revolution against capitalist exploitation has informed everything from anti-colonial revolutions in the developing world to how academics analyze popular culture. However, the confidence in which Marx himself and Marxists have in the inevitability of his vision is incorrect.

Marx prophesized that workers would eventually revolt against their oppressors, the capitalist class, but this is increasingly unlikely due to the overly complex nature of our modern world. The massively scaled nature of the modern economy and modern governments means that it is unlikely that a true socialist revolution will ever come to pass.

Marx viewed this as inevitable due to the anomie created by industrial civilization, as well as the track record of previous systems of exploitation being overthrown: for example, the feudalism of the Middle Ages gave way to capitalism during the Renaissance. While one could claim that the various socialist and communist revolutions of the 20th century gave credence to Marx’s view, these events were merely perversions of his vision.

Marx’s assessment of industrial society was rooted in the assumption that society would not advance out of the industrial era and would remain stuck in an era of romanticism and nationalism. However, World War I resulted in the old world of capitalism and nationalism being extinguished. The old empires of Europe were either destroyed completely—as in the case of the German, Austro-Hungarian, and Russian Empires—or drastically weakened. Additionally, throughout the 20th century, Western economies have gradually shifted from being industrial-based to service- and finance-based, as well as technology-based.

James Burnham, a former Trotskyist, addressed Marx’s theories in his 1940 book The Managerial Revolution, making the case that a new economic system was replacing capitalism: “managerialism,” or rule by managers. Burnham made the observation that what he called “managers” (government bureaucrats, CEOs) were agglomerating more power for themselves due to the fact that corporations and governments had become too large for the working class to manage on their own.

As an example, he pointed to how the Soviet Union, ostensibly founded on Marx’s theories, had gone in the opposite direction, creating an increasingly complex government that regulated every aspect of its citizens’ lives. Burnham also pointed to the New Deal in the U.S. as another example of “managerialism”: according to Marx’s definitions, managers are not “capitalists” because they do not own capital themselves, but merely manage it for others. However, they are not workers either. Ultimately, technological progress, the growing size of governments and corporations, and the interconnectedness of the world make it impossible for Marx’s workers’ revolution to happen as he conceived it.

I ultimately believe that the future of economic organization is greater centralization of power in the hands of corporations and governments. Marx’s dream of a decentralized, worker-run world is an impossibility due to the high-tech, globalized nature of the economy and the world. Even today, what we think of as “socialism” or “democratic socialism” results in more power being given to the government, even if it benefits the average citizen. At the end of the day, Marx was a man of his time, but his time is over.