The Major Effects of Illegal Migrants in the US 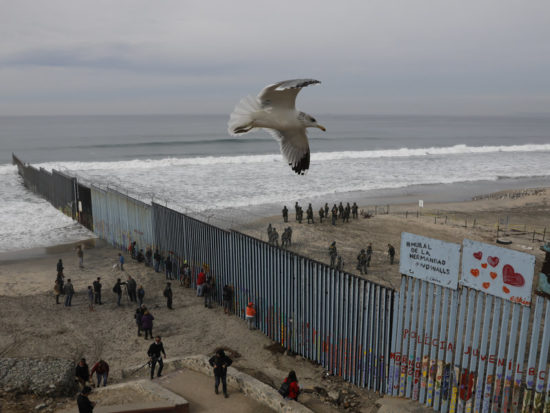 Migration of people from small cities and village to larger cities gives opportunities the individuals to find jobs and earn their living .we find that in the small cities or villages normally scarcity of employment and resources, as the big companies and factories are situated mostly in the capital cities or big cities. But migration comes with its problems and advantages, which can hinder the development of the towns. Over the recent past, headlines have been made by the numerous deaths that have occurred as Syrians have tried to enter illegally into America and Europe and has resulted in the outcry by the world humanitarian organizations for developed countries to give particular entry to the refugees.

However, countries have continued to resist the call especially due to the recent Paris attack, which investigations have shown that they were planned and executed by foreigners ( Texas University Press, 2015) In the United States Of America, the issue of illegal migrants has led to diverse opinions by the government and humanitarian organizations. As explained by (Pearson, 2015) America has shut its boundaries to ensure that no more immigrants enter the country illegally. However, thousands of illegal immigrants continue to live in the country. The majority of the American citizens think that all the negative things and problems face in the state are brought about by illegal immigrants. A perfect example is a businessperson and candidate for the Republican nomination for presidency Donald Trump, who is strongly fighting the immigrants in the U.S.A .he goes ahead and says” we could increase the various border fees we charge. We could raise the prices on temporary visas. We could even impound remittance payments derived from illegal wages”, (Donald Tramp) all this in the attempt to reduce immigrants from coming into the country. Immigrants bring with them several advantages and with pros comes cons. This paper will, therefore, aim to cover the state of their stay in the country by discussing the increased threat of terrorism, increased crime, and unemployment and question of amnesty as the primary effects of illegal immigrants in the country. It will also try and look at the advantages brought about by the immigrants such as cheap labor, economy boost, and cultural diversity.

First is the availability of cheap labor. Every business owner would love to get the work done under the most minimum cost. Studies show that Businesses survival without illegal workers would be next to nil. For example, Southern California many blue color jobs and companies would collapse without the cheap and inexpensive labor of immigrants. Studies have shown that almost 13% of labor workforce (around 10% of the population) a good percentage of immigrants are paid legally. We find that immigrants take the jobs that Americans would rather not do like cleaning, restaurant jobs, etc. It was said that the American dream is for everyone who works to achieve it and in most case the immigrants a willing to achieve that goal no matter what.

Secondly, immigrants have helped in the boost of the economy and the GDP this is well because of the above reason .due to cheap labor studies have shown that immigrants contribute to %130 billion annually. Analyst says that illegal immigrant workers seldom get medical benefits, and they are supposed to contribute around 5% of the United States economy thereby generating revenue for the government. The immigrants, therefore, affect U.S.A positively and make the country a better place as opposed to the people’s ideology.

Finally, immigrants have brought diversity in the state. This difference can clearly be seen by Americans being able to speak a second language and is arguably a good thing Studies have shown that 98% residence in little Havana in Miami are Hispanic while many roads in California now have Spanish translations. Diversity brings about new methods of doing things and changing the way of life. So all in all, it is a step in discovering the outside world.

To the disadvantages, the threat of terrorism has been termed as the major effect of an illegal immigrant. Policy makers in the country have always posed the question of why anybody would not follow the right process to get to the country if not for the wrong reasons. As the assumption goes, the 9/11 tragedy was planned and executed in the country by individuals not in the country legally. Besides, the entry of arms and renowned terrorists could have been avoided if the country had sustainable boundary protection measures (Cothran, pg. 23). As research has shown, there are over 2 million illegal immigrants living in the United States of America. Mostly, the numbers are American Africans and Arabs living with relatives expecting amnesty in the future. Although the government has been arresting and deporting illegal migrants, millions still exist in the country and continually pose the threat of terrorism. “The greatest danger of terrorism in the country is no longer from the outside, but from the people living in the country illegally. The war against terrorism has impossible to win.”

More to that, immigration has led to complications in labor. Since in the fact that the local Americans, who have been born and bred in America, prefer to give the jobs to the immigrants as they will be cheaper to pay than the other local workers who tend to charge higher (Cothran, pg. 23). It is worth noting that most of these immigrant employees are illegally settled in the country. The biggest problem brought about by this has been the rate of employment dropping each day. Many Americans are being rendered jobless by the foreigners who will work at a low price just to get any amount of money to sustain them, each passing day. Consequently, bitter feelings have been aroused among the locals who have no option but to watch their jobs awarded to the immigrants whose primary objective is to survive.

In the long run, it has resulted in boycotts and the locals raging fury to the government for not taking a step towards curbing the influx numbers of immigrants moving to the country each day and night. This has occurred mainly in the wall between Mexico and America where high numbers can mysteriously get over the border to go and begin a new life in the States of America (Heyworth, & Eule, pg. 56). The job providers view it as a blessing in disguise as for the little amounts they have to spend in setting up new buildings or getting cheap manual labor. But on the other side of the coin, many Americans conceive much fury and hatred for the immigrants, and it may result in acts of murder, done by the locals, towards the foreigners. Death, murder or racism is neither pleasant to the eye or ear, but the locals are left with no option if they stand any hope of getting their jobs back. The issue has caught the attention of the government but despite their attempts to reduce the numbers moving across the border, the attempts have been to no avail (Cothran, pg. 23). The already settled immigrants help to get their relatives who are stuck in poverty somewhere in the South America across into America to change their lives. The cycle, then, continues.

Moreover, the illegal migrants have brought about reduced national sovereignty. Refers to the state being able to self-govern itself or even another state. Since the immigration reform and control act 1986 that encouraged the active role in helping newcomers become self-reliant in the fields of education and business. It has led to over 11 million illegal aliens settling in the state. It goes without saying that sovereignty becomes a difficult task since the country knows tiny details about who they are and what intentions they may have. Consequently, it becomes a threat to the nationality and the sovereignty.

Sprawling, congestion, and Farmland. Sprawling refers to the rural areas being encroached into as an urbanized area move outwards over a period. It is estimated by the census bureau that the population in the U.S.A will be up to 459 million in the next 40 years. With such a population farmland to produce that amount of food for the population won’t be enough. As experts claim. That an average American family needs, at least, an acre of farming land to produce the food necessary for a sustainable, balanced diet. The increased number of illegal migrants has skyrocketed. These numbers have led to overpopulation and even though America sits on a gross 2billion acres, much of it is not helpful since countries like Alaska that have more than 300 million acres all under ice. The growth of immigrants will soon start to threaten the state sustainability.

That withstanding, immigration has brought about increased rates of crime. Ranging from drugs, shipments of weapons and even burglary, immigration has been like a thorn that is tearing deep into the flesh of the Americans (Heyworth, & Eule, pg. 56). The immigrants venture into selling drugs as well as weapons to the locals and they proceed to destroy their lives or murder other people. Either way, the parents, and guardians suffer most, as they have to witness their children get involved with merchandise that is illegal and has to run to the government for help. The only solution is to get rid of the immigrants who are the problem in the first place.

As explained above, the immigrants have caused as much havoc as can be perceived by the locals, children and the whole country in general. It is then recommendable that the government gets a solution to this menace as soon as possible if this situation is to be counteracted. Diplomatic and financial relations seem to be the only way to coax the immigrants to stick back to their country and work to make it better, instead of using America as a scapegoat. Otherwise, unemployment, crime and terrorist attacks will remain to be a constant problem that America will have to deal with, each passing day.