International Students in Australia and Effect of Tourism 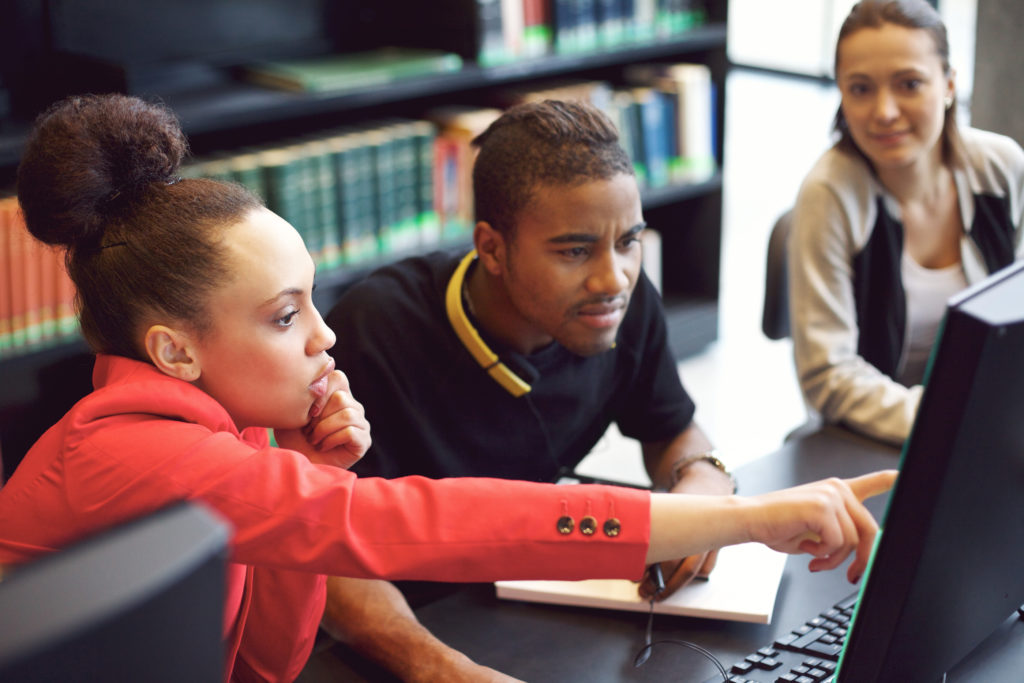 Australia is well known throughout the world because of its Tourism. Australian economy is significantly influenced by its Tourism industry and a lot of efforts are being put continually to bring in new innovations and improve its standards. At the end of financial year 2014/15, tourism industry made share of 3.0% GDP and overall contributed 47.5 Billion Dollars to the national economy. 73 % of the total tourism comes from domestic tourism and its contribution is prominent as a whole.

In 2015, 7.4 million tourists visited Australia. The number of employed people rose to 580,800 number from 2014 to 2105 with a total of 5% work force. Out of all employees about 44% were doing it as a part time job. About 8 % of total Australia’s export earnings were made from tourism industry.

According to various estimates it has been observe that the number of foreign students is increasing at a very fast rate. With the increase in this figure, it has brought with it a lot of positive and negative changes.  People are facing a lot of problems because of sudden increase in number of students.

Out of all places, popular Australian destinations include cities if Sydney, Brisbane and Melbourne. Queensland, Gold Coast and Reef of Great Barrier are amongst the most famous places. One of the most unique and attractive aspect of Australia is wild life which has not only increased the beauty of Australia but also has added in more number of visitors.

Taking into consideration various resources, it has been identified that tourism industry in Australia is significantly affected by the presence of students.

International students contribute a lot on economic aspect in tourism as compared to their fees and accommodation. They are facilitating by participating in higher education and by contributing towards never ending benefits including job creation, increased tourism and migration of skilled individuals.

Moreover, according to the survey undertaken by Tourism Research Australia, it was found surprising that the contribution of visits by friends/ families if international students was vital impact. It was concluded that on average 3 family members and 2 friends visited Australia each year just because of the presence of the student.

Australia being one of the most beautiful, modern and attractive countries of the world is immensely depended economically upon its tourism industry. A major portion of overall revenues generated in the country comes from the same head of tourism which is emerging and progressing by leaps and bounds. Good quality of education and its exotic beauty has attracted a record number of the people since ever in the history. The number of foreign students has always been a major factor affecting the country in number of ways. The students have a vital impact on tourism industry and with an abrupt increase number of visitors that come to see them every year. The impact it has on overall economy remains a prime concern of authorities concerned.

Based on studies carried out it has been found out that, internationals students in Australia, especially those studying for higher education are the ones who are attracting a huge bulk of tourists (International Students impact on Tourism_ Australia )

More than 160,000 foreign tourists visited Australia because of presence of students which has a significant portion of contribution to overall revenues. Moreover, the portion of revenues of visitors spending in the country has much higher contribution and has crossed 200$ during the current era.

About 320 million $ in total revenues of tourism in Australia comes from VFR international students traffic. There is a clear indication that these all return back to Australia even after leaving the country after graduation.

According to Deloitte study for Access Economics, on average because of presence of 10 international students, at least 2.9 jobs are created because if their presence taking into consideration all other aspects. Furthermore, only a quarter of all these were part of education sector and all remaining were form other industries and were dispersed all around. According to recent studies it has been observed that, it extrapolates about 95 thousand more jobs overall throughout the country.

Kolb’s (1984) , a Questionnaire  made by (Honey and Mumford, 1986) and was  purely based on Experiential Learning Theory which says that  In the past 5 years , overall contribution of international students to Australia has added in 19 millions $ using all possible ways to generate revenue . All these funds are further utilized to employ better teachers, support technical staff, research fund and enables to contribute in other industries and infrastructure

According to Sien Lie, impact of international students on Australian tourism is very vital, and has effected Australia in many ways. The tourism industry worth’s 15 billion $ and is the 4th biggest industry in the country after iron, coal and gold. Education Exports of the country are more important even, in the non-resource states and the Victoria is the largest exporter and has second largest export in NSC and ACT.

The various surveys conducted have revealed that USA, UK, Canada and New eland are the competitors of Australia and all these have worked hard reforming their international student’s education strategies.

“The central role of international students contributes in long term economic prosperity of the country and contributes substantially towards it progress in all possible spheres and all possible means “John (2014).

Research method would be made more useful by asking different questions? Analyzing their different options and finding which one is the best one? By taking into consideration various options available and their all possible solutions Results obtained from this analysis would be complied collectively and evaluated for further processing

Following questions would the main focus

Keeping in view all these questions, the study would be supported by gathering data practically and by other means as well. These questions will help us to exactly identify the on ground problems? Possible ways to solve all problems? Future recommendations to solve problems ahead?

Research is a continuous process which enables us to explore, think, retain and implement knowledge and information for our future work. In any research work the way the research is being done is most vital and contributes towards the overall success of any individual. Designing the research work is one of the most suitable ways. The method we choose directly effects the overall results and conclusions we get after completing our research. Most of the scientists are interested to get reliable observations by carrying out practical experiments.

One of the most primary aim of qualitative research to provide full, detailed and a comprehensive research on the related topic. Quantitative in comparison focuses more on numbers, counts, classifying the gathered data and to structure some statics model in order to solve the related problem.

In early phase of research qualitative approach is recommended in order to get in to the depth of the related issue. The most important phase in a correct research is to identify the best research method.

Many factors are involved in it correct finding. The latter part of the research must always be supported by some practically and suspected with the help of numerical data and calculations.

There are many research methods:

The method used would be Experimental Research Method .In relation to my research, the first data set would be fully understand the problem statement in order to identify the main source of gathering Information, manipulating the data collected and will use indented variable to generate statistic analyzable data set (Allwood, 2012).

The system of measuring the data related to international students would be scientific analysis based. Furthermore, research will be proceeded by accepting or refuting null hypothesis regarding subject. The results obtained from it would be used analyzed and used for test hypothesis. It would be give either a clear or unambiguous picture of the situation. The research involving this process is mostly most difficult and rigorous. So, a large and accurate amount of data would be required in order to identify the major problem areas of tourism in Australia? Are students contributing towards economy or they are a burden which has no use? And many other questions … The research carried out by this method is quite accurate and is very near to its absolute solution.

Research of the studies and the research approach to study impact these factors and also it involves the data collection procedures that will help to discuss and understand the impact of literature discussed in the previous sections.

Reliability and validity of data

The qualitative measure is used to collect data, and for ensuring the reliability and validity of data collected, it is collected from the published journals and articles. All the data related to the problem will be collected using various ways such as taking SAMPLES, CONDUCTING SURVEY USING QUESTIONAIES ON FILED, THROUGH SOCIAL MEDIA, THROUGH PAPER and many other data collection Techniques. The data collected would be analyzed by sorting out data into various categories. In the paper, data regarding international students in Australia will be gathered through Survey method. All data related to international students and their impact on tourism will be collected by asking a set of questions from a number individuals. Various survey forms will be designed according to each question. The questionnaire will be distributed amongst all and everyone will be asked to fill in data. All possible sources will be used to collect data including hand written , verbal questions, social media etc. (Mangan et al., 2004). The data collected would be analyzed using Excel and will be converted to a form useful for the analysis. All the data after analysis would help to deduce some conclusions form it. These conclusions will serve as a logic to consequently solve this. The outcomes would be implemented on the proposed hypothesis. After a comprehensive analysis of all, a result will be deduced that will help us to further predict future as a whole.

Tourism can be regarded as the backbone of Australia as an important country of the world by keeping all aspects in mind. Study and analysis of impact of International students needs an insight analysis and can be carried out by undertaking a logical sequence of formulation.

The study will help to understand the overall impact of International Students on the Tourism Industry of Australia which has a very vital importance for them as a nation. This research is subject to bring in focus this emerging issue , to highlight main positive and negative aspects related to it , to carry out and a detailed a comprehensive analysis of the subject and to come out with a viable policy related to all concerned problems and to propose a future plans taking into consideration all important aspects. The study is also important for analyzing the tour options available to students living and Sydney and to propose a detailed plan of how the students can spend their time in the best possible manner.  The study of effect of International students on Tourism will pave a way forward not only to fully understand the Tourism and its related problems but also propose better execution of developmental projects related to Tourism that will ultimately contribute towards betterment.