The Ethical Impact of Christianity 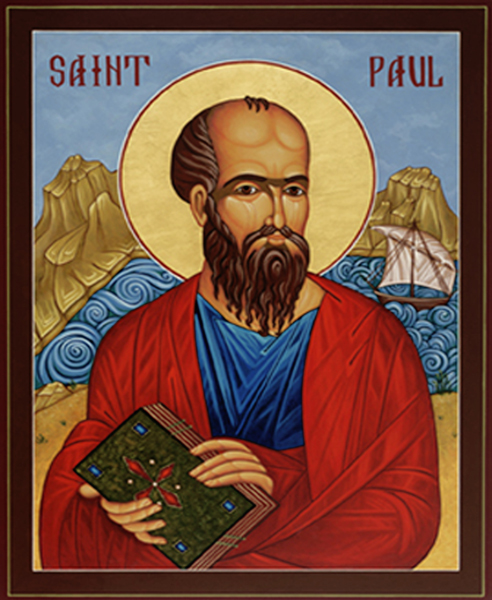 Christianity, a predominant world religion, has about 2 billion members. Christianity has all the features of a religion that can save humans from sin and bring them to everlasting life. An example of a positive impact of Christianity is Sub-Saharan Africa, which attained development and advancement in education through Christianity. There are many others, such as countries in Asia, which have become progressive through professing the Christian faith.

This essay provides a short history of Christianity, how it came into being, including the challenges and problems met by the early Christians up to the present time. The first part of the essay is about the evolution of Christianity, which talks about the history, origin and geographic overview of Christianity. The 7 dimensions of religion are explained in the second section, in which the ritual dimension best illustrates Christianity. Negative impact includes the criticism of Christians against homosexuals, among others. The is about my feelings and emotions in writing this piece.

There are approximately 2.1 billion Christians today. Christianity has spread far and wide, surpassing other religions that came before it (Juan par. 2). During the past century and a half, Christianity has vastly spread geographically. In the 20th century, it has extended far and wide. It is not only in faith but also in the other areas of influence has Christianity been more deep seated (Latourette 6).

Christianity was born in the cultural milieu in what is called the Mediterranean Basin, which was the seat of modern civilization some 2,000 years ago. At the height of the Roman Empire, Emperor Constantine embraced Christianity as the religion of the empire and all the other rulers. But this was opposed by the empire in the East who held the Persian Empire (Latourette 6).

The Bible and ancient history state that Christianity sprang from the land known as Israel, or from the Israelites. Israel occupies a place in biblical history, but it was such a small nation under siege for years. Amid this backdrop and at the height of the polytheisms of the Egyptians and the Babylonians, Christianity was born. The existing religions were practiced by great kingdoms. Christianity only became dominant during the reign of the Roman Empire, and it spread all throughout the adjacent lands in the Mesopotamia (Latourette 7).

The story of this minority and the crucifixion of Jesus are what Christians believe as the work of God. This magnificent story started with the belief that God has always looked for man, to confront him and make them his people. And in man’s long rebellion, God has always been an understanding and forgiving God. Jesus Christ, whom Christians believe as the Son of God and the Savior of the world, was born during the time of Herod, who was proclaimed king by the Romans (Latourette 8).

Jesus grew up in this environment. The details of his childhood are not well told in the Bible, except that he is the son of Mary, a virgin, and he was born of the Holy Spirit. His passion and crucifixion on the cross is well documented in the Christian bible. He was nailed to the cross for a crime imputed against him. Sixty to seventy years after Jesus’ death, Christianity flourished and spread but did not leave what was known as the Holy Roman Empire (The Holy Bible, Catholic Pastoral Edition 14).

How Catholicism and Protestantism as Christian religions came about started during the collapse of the Roman Empire upon the invasion by the Barbarians. Peter, a disciple of Jesus when he was still preaching, became the first pope or the leader of the church, later known as the Catholic Church. Christians, who did not want to be a part of the church under the Barbarians, went to the East and evangelized Russia. The Eastern churches did not consider Peter and his successors as the leader of the church (The Holy Bible, Catholic Pastoral Edition 14).

In the 15th century, the printing press was invented and the bible came to be printed in different languages. Martin Luther, a Catholic priest, translated the bible in his native language, German. Up until then, the bible was only read by priests. But with the bible publication into different languages, there came different interpretations. Protestantism was born, with many sects under it (The Holy Bible, Catholic Pastoral Edition, 15).

Rituals are a form of communication between humans and their God. In the Christian religion, rituals are rites instituted by the church to represent teachings of the faith and ways of worship. The narrative or mythic dimension illustrates how the story of the faith is told, for example, the story of the universe, how the world came into being and how God sought man. The experiential and emotional dimension represents how humans experience their religion. For example Christians look to their emotional experience in the bible – they meditate and apply what they learn from the bible. They see the conversion of Paul as a great example of experience in the Lord Jesus. Saul was an unbeliever in the Lord Jesus and he persecuted Christians. He became blind, but after that he saw the Lord and became Paul, the apostle.

The ritual dimension best illustrates the Christian religion. Christians believe in rituals, the most importantly practiced is baptism. But there are a number of other rituals which Christians, particularly Catholics, use in their practice of religion. In the Old Testament, God commands the Israelites to institute rituals, for example, the ritual of the Passover and of the Unleavened Bread to save the Israelites from the plague. The Israelites and the succeeding generations should commemorate this ritual in the form of recitation and reenactment. This is found in the Book of the Exodus and also in the Torah of the Jewish Bible (Stahlberg 77).

The sacraments practiced by the Catholics are filled with rituals, like baptism, Eucharist, confirmation, and a host of other symbols with different theological meanings. According to the Catholic tradition, the Eucharist is the ultimate form of prayer because Jesus commanded the disciples to perform the last supper in memory of him. Other Christian denominations honor the Eucharist, though in different manner. The sacrament of anoint the sick is practiced by a number of Christian religions and sects, in which the priest or pastor anoints the sick with oil for a speedy recovery (The Holy Bible, Catholic Pastoral Edition, 14).

The ritual dimension best illustrates the Christian religion because the bible is replete with many rituals. Jesus himself commanded to repeat them in remembrance of him. God commanded Moses and the Israelites to perform the feast of the Passover and the Unleavened Bread. The sacraments of baptism, communion, confession – these are all rituals commemorating what God and his people did thousands of years ago (The Holy Bible, Catholic Pastoral Edition, 15.

Positive ethical aspects include Christianity’s role in developing individuals. Christianity has helped in promoting education as a primary tool for advancement of individuals. Christians are leaders of governments and organizations, which promote human rights and respect for life. A great example of the positive impact of Christianity is what happened to Sub-Saharan Africa from the 19th to the 20th century. Christian missionaries taught the people from Malawi, Uganda, South Africa and other poor countries in the region not only the Christian faith and the teachings of Jesus Christ, but also the importance of education. President Jacob Zuma heavily criticized Christianity for bringing into the region orphanages and homes for the aged. But the Africans and politicians reprimanded their president, saying Christianity has taught the people the importance of education and respect for human rights. Progress and development cannot be attained without education (Manala pars. 8-9).

Some of the negative impact of Christianity criticism against homosexuals (i.e. homosexuals are sinful), which results in discriminating “deviants”; women are not allowed to be priests and to administer the sacraments; the mass-killing of suspected witches during the medieval times, and so forth (Eberhard pars. 1-2). Until the present time, discrimination against women within the Catholic Church and the Protestant denomination continues. Women are not allowed to administer sacraments.

I learned a lot from this research and found that Christianity can significantly help for my salvation. In writing this short essay, I felt humbled and glad that I am on the right track of belief in a Supernatural God and Savior Jesus Christ. Being a Christian has shaped my personality and in dealing with my fellow human beings. There are ethical consequences in criticizing fellow Christians for what they are doing, although it is my job to remind them. What finds Christianity more appealing for me is the love for humanity it offers. We are all sinners but Christianity has open arms for all of us.

Also look at Islamic Philosophy: its origins and development

If you are a theology students and looking for Theology & Religious Studies Writing Help, we have an experienced team who can help you with the following: