Close reading on “Resistance to Civil Government” by David Thoreau 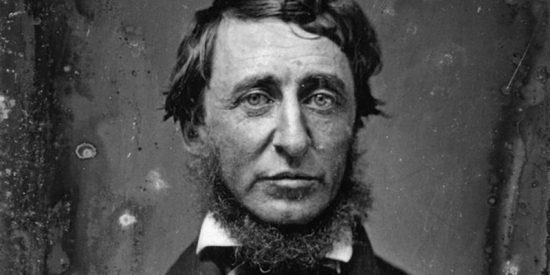 This essay aims to analyse the short essay ‘Resistance to Civil Government’ written by Henry David Thoreau. Before analysing this short essay, it is crucial to present the works and speciality of the author. Henry David Thoreau, unlike other philosophers does not merely present superficial ideas but he talks about the philosophy to be inculcated in the life.

In addition, he knew the art of connecting classical philosophy into the contemporary philosophical beliefs thereby making him the most renowned philosopher of all times. Coming back to the short essay that shall be analysed in this piece of writing, as the name suggests, it is about resisting the civil government. Civil government may not always be as justified as the leaders claim to be and ought to be countered if they fail to bring in the reforms.

The essay suggests that government does not act as an institution that favours people but on the contrary, it actually hinders the accomplishment of work for which it was created. I personally found this article very intriguing in a way that it also relates to the current world scenario where the governments are unable to protect their citizens.

For instance, right from the beginning of the essay, he makes a very strong statement about the government by suggesting “The government is best which governs least” (5). This statement may appear as a short one however, it holds a lot of meaning in it. The statement itself is a summary of the entire essay in which it has been emphasised that the government must work as per the demands of people rather than dictating them in the long run.

I also think that the government must be the one safeguarding the citizens and acting as per their needs or desires rather than asking them to work in a particular manner. It could be regarded as a power game instead of calling the government as an entity that works for the nation. Moreover, another very important point that has been raised in the essay is: “But a government in which the majority rule in all cases cannot be based on justice, even as far as men understand it” (6). Now this point was very close to my standpoint because I believe that the actual leaders or the ones who are rightful leaders are not allowed to come out to the front line.

On the other hand, they are suppressed by the stakeholders who are in power in order to keep the differences as ‘them versus us’. There are many political examples that could be linked here. For instance, in the developing countries such as India and Pakistan, the political leaders are elected however, they already belong to the political families that have been in politics for a number of years.

When the statement postulated by Thoreau is linked here, it would not be wrong to imply that even though the majority rules, however, there is no justice in such countries. In other words, poor keep getting poorer while the rich and people in power keep getting richer.

Application of Thoreau’s perspective in the current world scenario

“The mass of men serve the State thus, not as men mainly, but as machines, with their bodies” (7). This excerpt from the essay could be significantly linked to the case scenario of China besides other countries that are highly focussed on augmenting the outcomes and ignoring the humanistic needs of the workers. People are made to work under poor situations and highly inhumane environments to the point of forcing them to commit suicide (Merchant, 2017).

It is also one of the major reasons why I regarded Thoreau as an individual who is more inclined towards the practical application of theory. He does not only talk about the root cause of the problem but in addition to that, he also relates the problem further to the wrongdoings of the state and how it ought to be hindered by the people.

Despite the fact that Thoreau talks about the flaws and gaps that exist in the government however, his perspective about the democracy is a bit questionable in my opinion. The reason behind stating this opinion is because of the lack of stability in the argument against democracy because majority would be the ultimate authority over people. Nonetheless, his perspective about the democracy could be improved by adding the fact that minorities should be respected and protected by those under rule.

Defying democracy is a flaw in the essay because no system or the government could be regarded as perfect. The imperfections could be trimmed and chiselled by the government rather than completely eradicating the political system. By stating that: “There are thousands who are in opinion opposed to slavery and to the war, who yet in effect do nothing to put an end to them” (10), Thoreau is romanticising the power of people. I do not think that the societal reforms work like that because people do tend to function if they are being guided by a leader.

Standing against a problem would also lead them to confront issues which complicates the situation even further thereby making Thoreau’s assumption about the matter slightly vague. There is a need to highlight the issue further by relating it to the limitations or the prospects. I also think that communism does not bring about positive change in the society because people are taken as machines which further relate to Thoreau’s point of view nonetheless, democracy shall be perfected instead of demolishing it completely.

Despite all of the aspects and facts that are being presented by the author, the essay could be regarded as of having paramount importance. It does not only criticise the dysfunctional government but also sparks a realisation among people to not merely be part of the flow. They must think outside of the box as to whether or not the government is actually doing what it is supposed to be doing. This shall further make it possible for the people to be governed by those who are genuinely working for the citizens. In short, the essay tells people to not be a dead fish that goes with the flow.