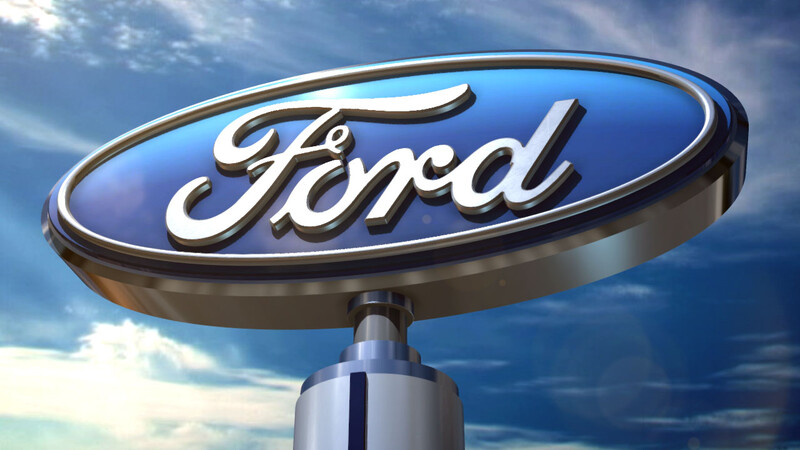 In recent years, the supply chain model has taken large strides due to the advances in computers and opportunity for companies to incur large savings based on streamlining supply chain processes. Where many well-established multi-national companies have struggled is ascertaining how to modify their existing supply chain practices and make them both efficient and compatible with the advances in computer technology. One such company that has had quite an issue with these considerations is Ford due to the company’s historic beginnings in 1903 and scattered supply chain protocols. While Ford has made considerable efforts to create a systematic supply chain process, they still have a dilemma about how to increase the overall efficiency of their supply chain.Currently, Ford is considering how to take their supply chain practices to the next level of efficiency and is weighing the benefits and detriments of integrating a supply chain plan similar to Dell’s virtual integration strategy. Due to the fundamental differences between the products that Dell and Ford sell along with the differing age of their business models, Ford will need to design its own custom supply chain utilizing virtual integration that is not exactly identical to Dell’s virtual integration strategy in order to evolve into their next successful generation of efficient and cost-effective supply chain management.

Ford is a multinational company that was founded in 1903 by Henry Ford. Since Ford was founded, the company has produced more than 260 million vehicles. One aspect of Ford’s history that is significant to the decision at hand is the historic nature of the company, essentially, the company created a global presence before the age of computers and Internet. Another factor that has influenced Ford’s growth over the years has been the success of other car manufacturers within the United States such as: General Motors (GM) and Chrysler, which has made the domestic market more competitive. In addition to domestic competition, Ford has also seen their market share influenced by foreign car manufacturers, Toyota and Honda. When global outsourcing became popular, Ford expanded to foreign markets for production along with its competitors in order to remain competitive with their pricing worldwide.

As a result of global expansion efforts, Ford implemented Ford 2000, which had the objective of merging its North American, European, and International automotive operations into one corporate ecosystem. Ford 2000’s objective was to have dramatic cost reductions by restructuring and globalizing Ford’s organizational processes. Vehicle Centers (VC’s) were constructed that were responsible for a certain market segment, with an effort of improving efficiency while saving on logistics costs. Reengineering projects were designed within Ford 2000 that included Order-To-Delivery (OTD) and Ford Production Systems (FPS). The overall objective of OTD and FPS was to reduce time from 60 days to less than 15. One specifically effective factor of FPS was Synchronous Material Flow (SMF), which is a process that produces a continuous flow of material and products driven by a fixed vehicle schedule.

A key component of SMF is In-Line Vehicle Sequencing (ILVS), which uses in-process storage devices and computer software to assure that vehicles were assembled in a particular order sequence. Having a proper order sequence enabled Ford to tell their suppliers exactly when certain parts would be needed days in advanced and reduce excess stocks considerably. OTD was comprised of four factors to include: 1) ongoing forecasting of customer demand from dealers, 2) a minimum of 15 days in vehicles in each assembly plant’s order to have more manufacturing stability, 3) regional “mixing centers” that optimize schedules and deliveries of finished vehicles via rail transportation, and 4) a robust order amendment process to allow vehicles to be changed for minor color and trim variations without having to submit new orders.

The next aspect that Ford decided to modify was their retail network. The idea behind this strategy was not to have many Ford dealerships competing with each other, rather competing with other car manufacturers. Additionally, it was seen as beneficial to consolidate marketing and personnel. Ford’s retail network strategy was quite effective in creating a superior shopping experience showcasing their unique brands such as: Ford, Mercury, Lincoln, and Jaguar while simultaneously providing a closer relationship to customers, which allowed direct feedback on products. The information gathered from this could be used to further improve supply chain processes and enhance product development features.

Dell’s supply chain is seen as a viable method for Ford to consider given its reduction of steps that are typically seen in supply chain models. One of the reasons for this is that Dell was started in 1984, which gave Dell the advantage of beginning their processes with not only advantage in the IT industry, but also when supply chain models were more evolved. Dell’s principle idea was to cut the “dealer” out of their entire supply chain model and have a more direct relationship with customers. This is quite different from Ford’s traditional model in which the supply chain travels from suppliers to manufacturers to distribution channels and then, to customers. Dell is distinct in that it has direct orders from customers that are processed by Dell, suppliers are contacted for particular needs, and then orders are delivered to customers directly. See Exhibit 1 below.

Another difference between Ford’s supply chain and Dell’s supply chain is that Ford had purchasing organized independently of product development, which is the opposite of Dell having purchasing directly reported to product development. The strategy behind this was that Ford realized the impact of pricing negotiations with suppliers had the potential to substantially lower cost, which is true due to the complexity of producing automobiles. This is an important difference from Dell that worked to establish more long-term relationships with suppliers to only pick up what supplies they needed for orders of their customers.

Dell’s Virtual Integration model, as seen in Exhibit 2 above, has been proposed as a way to streamline Ford’s processes; however, due to the complexities of parts required to produce automobiles, combined with the suppliers required to produce those parts, it is not entirely feasible for ford to adopt this process. That said, Ford can learn a great deal from Dell’s use of IT in communication with suppliers with an effort to strength its relationships with corporate clients that mass order along with its direct customers that order one vehicle every several years. Dell uses virtual integration to even have a presence at some of its larger client’s offices such as: Boeing to custom orders required for their client’s business and fashions itself as an IT department of their top clients rather than just a computer manufacturer. While elements of this relationship model and its impact on supply chain in terms of customer preferences and efficiency would be useful to Ford, it is not the exact model that Ford needs to improve its supply chain processes.

Based on the comparison between Ford and Dell’s supply chain models, it is highly recommended that Ford study accurately Dell’s supply chain model and apart their own that is consistent with the needs of their particular business. Bearing in mind the differences between the computer production and auto manufacturing sectors, this is vital to have the best possible strategy for Ford going forward. Primary recommendations are to invest in the upgrading of IT in supplier’s technology and to increase the customer service support to get more valuable information from customers.

One of Ford’s more complex issues is their historic brand that has supplier relationships worldwide that are complex and fragmented. By dividing their suppliers into different Tiers, Ford did help those suppliers that had the capital to evolve with IT to be more efficient; however, their Tier 2 and beyond suppliers were not able to make that same investment. In order to strengthen the suppliers that are closer to their production centers, Ford should invest in updating that supplier’s IT to be equal to other suppliers. Suppliers could also be involved in phases of Research & Development that are based on customer satisfaction and/or products defects that come about in automobile designs. By integrating this strategy amongst all of the suppliers it will help the supplier speed up in time to market and make a positive difference in Ford’s supply chain costs and customer satisfaction.

Since Ford has invested heavily in creating its retail network, it needs to include an expansive strategy to include IT strength in that retail network. First, Ford needs to use IT to forecast demand based on dealer statistics and then use this data to segment customers to anticipate industry trends. This data can be analyzed against competitor data and current events to help Ford anticipate trends in their supply chain processes. In terms of repairs, dealers can use IT to streamline the delivery of parts in a short time as a part of the supply chain strategy. This will increase customer loyalty to the brand and allow for long term data to be studied on the durability of parts that are entering Ford’s supply chain from their various suppliers.

Ford has a very strong potential to continue to improve their supply chain as technology develops. The key for Ford is to look at its existing supply chain procedures and compare them to new emerging industries as they come about. Analyses such as these are pivotal for a historic company such as Ford to remain competitive going forward. Looking at Dell’s model was a valuable exercise for Ford to consider; however, it is important to note the difference in complexity between Ford’s operations and Dell’s given that Ford has many more suppliers and parts utilized in their supply chain process. That said, Ford can take components of Dell’s model with respect to how IT is used to anticipate consumer trends and to upgrade all of their supplier’s IT to improve processes and to cut overall supply chain costs. It will be fascinating to see what Ford achieves in its supply chains in the years to come as globalization increases and supply chain models are even more productive due to the advances in technology.