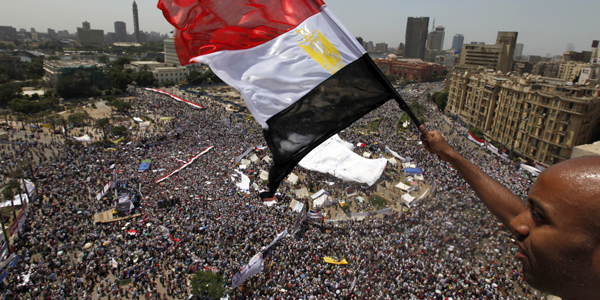 Brief Background of the Problem

Ever since the dawn of Arab spring and the political turmoil across the Middle East, Egypt has witnessed turbulent political process that eventually led to the fall of the authoritarian regime of Hosni Mubarak in 2011. But the fall of the repressive government and the subsequent takeover by military didn’t paved the way for democracy in the country as expected. After the coup in 2013, even the formal political parties backed by the Muslim Brotherhood such as the Freedom and Justice party were banned and labeled as terror organizations (Mady, 2013). In 2015, the Egyptians went for parliament elections. But voter turnout was significantly low with only 20 % participated in the electoral process. Even under threat of a fine (around 60 USD), the greater majority of Egyptian voters still abstained from voting (Gur, 2016). As noted by Gur, most of the parliamentary seats were given to Sisi supporters and there were also a number of direct presidential appointments (Gur, 2016). Generally, Egyptian voters perceived little purpose in participating elections which is partly due to the country’s current electoral law. The latter makes the parliament similar to an assembly of puppets. Established parties are prevented from gaining substantial political influence because of heavy networks of patronage and clientelism (Gur, 2016). Studies show that voter turnout was relatively less in economically backward regions of the country (Idea, 2016) Egypt is a highly structured society in which political and economic power is controlled by old family dynasties and rich business community.

The low voter turnout in Upper Egypt which is the poorest region of Egypt poses serious questions about the nature and content of democratic process and governance in the country. This region account for 38 % of the Egypt’s population and 67 % among them are extremely poor (Worldbank, 2016). In terms of GDP, employment and access to basic services, Upper Egypt lags behind other part of the country. So far, government has not done anything substantially to improve the economic condition of the people in this region. The general lack of participation in economic and political process is reflected in the election as well (Worldbank, 2016).

This raises some important questions about their perceptions and attitude about governance and democratic process. Is there any relationship between low voter turnout and the socio-economic status of the people in the region? How does class influence attitude towards democracy as a form of governance? How do the poor perceive democratization process in Egypt? Do they feel that the ‘poor’ has no role in the ongoing debate? The proposed research attempts to analyze these questions empirically.

This research attempts to analyze the perceptions and attitude of the poor people in Upper Egypt region towards democratization process through the theoretical lens of Class Voting theory.

There is no dearth of literature on Egyptian Democratization process and the key challenges it face after the fall of Mubarak. Most of the studies argued that there is dismal future for democracy and good governance in Egypt. Shahjahan H. Bhuiyan highlighted the role of patronage politics, lack of stable institutions, absence of inclusive participation and absence of international norms in the last election as the key factors that affect formal democratic process (Bhumiyan, 2015). Stephan Roll identified the overarching influence of military over politics as the major hindrance to democracy (Roll, 2016).   This is supported by Yildirim who argued that democratic process is affected by the role of military at the expense of pragmatic economic policies (Yildirim, 2013). Abdel-Fattah Mady investigated democratizing efforts that have taken place in Egypt, and came to the conclusion that informal actors have not developed a shared political agenda in regards to democratization (Mady, 2013). Informal political actors in Egypt tend to pursue their own agendas and goals. Along these lines, Albrecht found that political opposition in Egypt can actually contribute to the resilience and stability of an authoritarian regime because unlike the liberal democracies, it is the opposition that legitimizes authoritarian regime in Egypt (Albrecht, 2005). Koehler found that electoral contests in Egypt have historically functioned to periodically renew channels of clientelist inclusion by drawing voters and deputies into patronage networks. The role of illegal vote purchase by political parties was studies by Blaydes who explored the higher voter turnout among illiterate people in Egypt. He argued that it is easier to purchase votes of illiterates than educated people. He also studied the gender dimensions of voting behavior in Egypt (Koheler, 2008).

On the whole it is evident that though the educational, political, institutional, religious and gender aspects of democratization process in Egypt was studied by scholars; there is still dearth of evidence that unveils the relationship between poverty and democratization process. Although the reports show lower voter participation in the hitherto backward regions of Upper Egypt, there is no empirical study that examines the underlying reasons behind it. Hence, the proposed study makes a modest attempt to understand the perceptions and attitude of poor people in Upper Egypt region towards democratic process in Egypt so that the relationship between class and voting behavior can be explored at micro level.

This study approaches the problem from the theoretical framework of Class Voting Theory. In simple terms, Class Voting theory implies the significant role of ‘economic class’ of the voter in political process (Evans, 2000). The theory postulates that working class and other down trodden sections of society generally vote for the party that represents their interest. Similarly, the upper class voters prefer the political parties that favor their priorities (Evans, 2000). In other words, it describes the pattern of association between a particular class and vote. Here, the term class is used in the Marxian concept of social class. Though Class based explanations of voting attracted scholars initially, the recent studies within the context of post-industrial societies in Western Europe argues that the influence of class on voting and democratic process has declined considerably and ethnicity, religion and identify have taken over the previous position held by class (Langsæther, 2015). The decline of class voting has been empirically proved within the context of Netherlands, Latin America and Europe (Jansen et al., 2011). The rising standard of living of voters, increase in employment, emergence of ethnicity based identities etc were perceived as the reasons for decline of the Class Vote theory in Europe (Anderson, 1984).

Though such arguments were proven in developed countries, the theoretical validity of such claims were not tested within the context of less developed countries in which class still has a predominant position in power politics. While examining the context of Egypt, it is reported that the Islamic Parties do not enjoy the support of the lowest class. If religion has more influence as a social identity, the poor Muslims would have voted for Islamic parties irrespective of the support they offer. However, it didn’t happen in Egypt. Rather, the voter turnout is significantly low in the marginalized regions in which majority of the voters are extremely poor with no access to basic public services. The poor in the region didn’t get any benefit during the authoritarian regime and after that.  The main challenge is patronage networks and favoritism followed by the government. Naturally they feel disenfranchised (Bhumiyan, 2015). In this context, there is amble scope to assume that the Class Vote theory is still relevant in economically deprived societies in which lack of basic services and failure of democracy force the voters to protest as a unified ‘social class’. It is expected that the empirical study would throw light on the key research questions posed I the study.

H1:  There is positive correlation between the social class of the people and their perception towards democratization process.

H3: Good governance, provision of basic services and economic empowerment of the people can deepen democratic process in Egypt.

The study will be using a combination of quantitative and qualitative methods.  For empirical analysis, two poorest regions of Upper Egypt-Qena and Sohag- will be selected. According to the report of World Bank, these regions are the poorest in terms of income, infrastructure and poverty. Besides, these regions reflect lowest voter turnout. From each region, a sample of 100 voters will be selected using the government register of voters. The 100 samples will be selected using Simple Random Sampling method. A survey will be conducted among the selected samples using a structured and closed end questionnaire. This data will be quantified and analyzed using SPSS software. Apart from that, interview schedule using semi-structured and open ended questionnaire will be administered among local political leaders from different political parties, civil servants, intellectuals and media personnel to substantiate the quantitative data collected through the survey. It is expected that the use of both quantitative and qualitative data would make the research authentic. Besides, detailed literature review will be conducted to explain the history of democratic process in Egypt, the socio-economic profile of the region and to build theoretical framework using Class Vote theory. Peer-reviewed journals, books, periodicals, government reports and newspaper articles will be used as secondary sources.