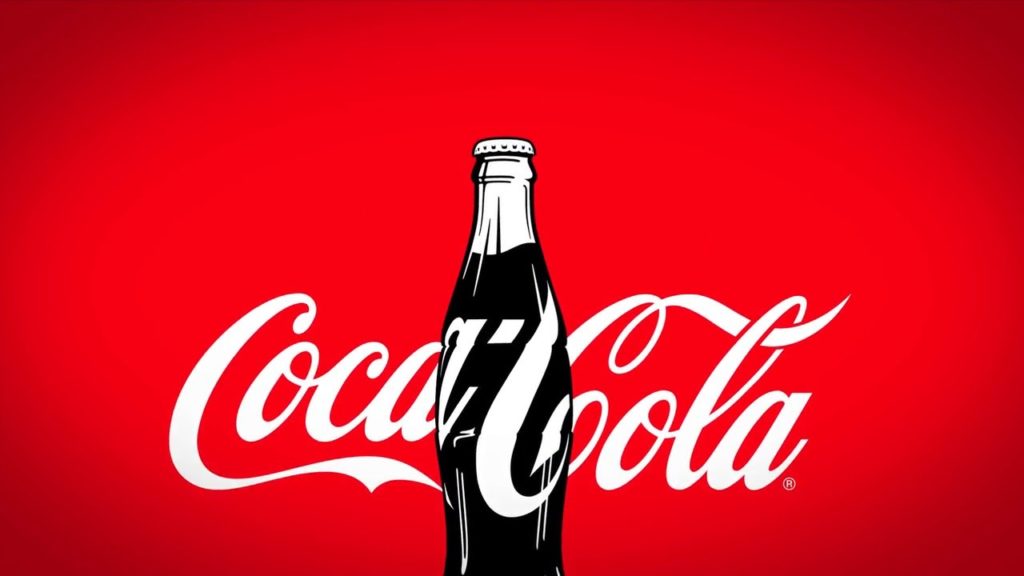 Established in 1886, Coca-cola is the globe’s biggest beverage company operating in over 200 nations and territories. Consequently, the company sells more than 450 different brands and achieving the top ten (10) drinks being produced in America (Coca-Cola 2018). These include sprite, Fanta, Coke, and diet coke. With support from bottle partnership, Coke has recruited more than 690,000 local individuals; thus, helping to create modern economic opportunities to various societies worldwide. To reduce health challenges, Coke is striving to decrease sugar in all their drinks. To conserve the environment, the company is promoting recycling and water conservation. However, this has not always been the case. In recent years, Coke has gained increased criticism and attention with many concerns about how it conducts business, manages health and environmental issues. In his article, Raman (2018) outlined that since the 1990s, Coke has been accused of unethical practices in multiple areas, including racial discrimination, health issues, pollution, and anti-competitiveness. Consequently, the company has been accused of racial discrimination, item safety, severe extortion of the union employees, and distributor conflicts as outlined below

Coca-cola Company has been facing many issues concerning racial discrimination of employees across the globe. In his article, Raman (2018), for instance, outlined that in 1999, Coke’s reputation experienced a significant blow when approximately 1, 490 African American workers sued for severe racial discrimination. A lawsuit, which developed to incorporate over 2,000 recent and former workers, accused Coca-cola firm of discriminating in areas of performance evaluation, promotion, and payment. The company responded by pledging to spend $ 1.2 billion on services and goods from all minority vendors (Renz and Vogel, 2016). Consequently, the firm paid approximately $ 192 million to successfully settle the claims (Coca-Cola 2018). In 2000, black workers conducted empty coke cans aloft outside the Atlanta church to significantly protest Coke’s treatment of the black employees. The workers complained of low payment, harassment, and poor working conditions as compared to their white counterparts. The protests resulted in increased national boycotts of Coke’s products and services; thus, impacting the company’s profits. Similarly, in Colombia, Coke has been accused severely of intimidating behaviors and employing abusive actions against employees.in his article, Jenkins (2018) stated that Coke and their bottling partner were accused of the murder of union leaders in Colombia who protested the company’s destruction of the surrounding. The company’s top leadership has been characterized by Americans, and this has created concerns over racial discrimination on leaders from other continents.

Reasons why racial discrimination persists in the company-Coke continues to exercise racial discrimination of consumers and other employees consuming products from rivalry firms like Heineken and Pepsi. Consequently, the company values employees with American descent as more skilled in managing the company’s activities as compared to workers from other regions of the globe. Currently, Coke is using the young generation to enhance its sales and marketing while neglecting the older generation. Coke employs a high number of female workers to promote its sales and global campaigns against environmental pollution, thus severely discriminating against male workers (Avery, Volpone, and Holmes, 2018).

Ways in which the company can overcome racial discrimination-To prevent racial discrimination, the Coca-Cola Company, should ensure that all workplaces are racially and ethnically diverse. Consequently, the company’s leadership should reflect a diverse population of the current community to serve their consumers and stakeholders better. Coke should offer inclusion and diversity training education for employees.

Channel stuffing is considered a deceptive enterprise practice being applied by an organization to significantly inflate earning figures and sales prices by deliberately sending the retailers along various distribution channels. In his article, Suprapto (2020) outlined that channel stuffing is significantly grimaced by the Securities and Exchange Commission (SEC) as an unethical practice used by firms to accelerate the revenues to accomplish earning targets and short-term revenues. The practice misleads the investors and stakeholders of the company. Consequently, it adversely impacts the company since it cannot sustain sales and marketing at the stuffing rate. Moreover, it leads to inflated financial statement earnings, thus, misleading the stakeholders. Coke has been accused of increased channel stuffing of its products and services across the globe.

In his article, Jenkins (2018), for instance, outlined that in the early 2000s, Coca-cola was accused of increased channel stuffing and inflated earnings. Consequently, in 2004, the company was charged with hiring and sending excess concentrate to the Japanese bottlers to inflate its services and profits (Coca-Cola 2014) significantly. The company pressurized the bottlers to buy extra focus in exchange for extended credit. The more substantial discounts provided to increased channel stuffing activities impacted Coke’s long-term viability across the globe. Nonetheless, despite settling the allegations, SEC did establish that channel stuffing had been practiced by the organization.

Channel stuffing persists because the company seeks to incur more profits, enhance its competitive advantage, and limit the threats of new entrants in national and international markets. Consequently, Corea (2016) asserted that the Coke Company is deliberately loaded with many products than it can sell in local and international markets. Therefore, Coke’s distribution channels become stuffed or clogged, leading to the emergence of channel stuffing.

Long-term plan to reduce channel stuffing –To eliminate stuffing, Coke should produce goods and services that it can successfully sell in national and international markets. Subsequently, the organization should enhance its competitive advantage to counter the impacts of risks of new entrants.

Coke is among the most recognizable brands across the globe. The firm claims to observe ethical standards in all its operations. Nonetheless, the company’s services and products across the world are severely polluting the environment. Embedded in Coca-Cola’s culture to achieve its vision, mission, and goals is the secure environments where the company focuses on reducing water consumption, carbon emission, and producing unhealthy drinks (Coca-Cola, 2014). Based on its environmental policy, Coke’s strategy is a blueprint for more success. Nonetheless, Coke is the leading polluter of the environment due to weak waste disposal mechanisms, higher water consumption, and increased production of non-recycled packaging tools.

In his research, Neo (2018) identified that as the leading beverage company, Coke has been named the globe’s leading polluter of the environment. The company produces over 2.9 million tonnes of plastic packaging that amounts to over 108billion bottles per year. (Coca-Cola, 2018) The plastics have not been renewable until many allegations by the world health organization (WHO) about weak disposal systems of the company. According to Lion and Ramström (2018), in America and other global nations, the leading manufacturers of plastic pollution include Coke, Starbucks, solo cup, Heineken, and Nestle. Due to severe pollution, in 2019, the environmental justice team requested over 72, 300 volunteers in over 50 nations to collect the plastic wastes (Suprapto, 2020). Subsequently, approximately 53% of marked brands were from the Coca-Cola Company, with over 13, 00 coke products found in thirty-eight nations across the globe.

The Company depends on water for increased production of various types of beverages; thus, without water, the company has terminated its plants in multiple regions. In his study, Bista (2019) outlined that Coke’s products and operations depend on increased access to the vast distributions of water. To ensure a continuous water supply, Coke is considering taking active control of all aquifers in societies across the world. Due to the high demand for production, Coke is increasingly accused of dehydrating societies in its continuous pursuit of reliable water sources to sustain the plants. In his research, Subramaniam (2018) identified that Coke’s activities are being blamed for severely aggravating water shortages in areas like Indian that suffer from adverse lack of rainfall and water resources.

In Indian, the findings from Maharastra and Kerala indicated that coke activities have severe adverse impacts on local communities and farmers after establishing the bottling plant in a Kaladera village. The area is being abandoned due to severely depleted water sources, and locals fear that it would soon become a dark zone (Sauerbronn et al., 2017). Nonetheless, Kerala high court, in its final ruling, outlined that Coke heavy extractions from the essential underground water resources were unlawful (Agha, 2017). Subsequently, in 2003, the center for science and environment (SEC) determined in its findings that soft drinks manufactured in India by Coke and other beverage firms indicated high levels of pesticides that impacted some consumers.

The research by Sauerbronn et al. (2017) determined that in Varanasi, India, Coke was accused of increasingly contaminating all groundwater due to wastewater concerns. The company failed to establish an active pipeline to prevent contamination of underground water. In El Salvador, Coke has been exhausting all water sources, like wells and rivers; thus, damaging local agriculture hence declined in the source of income among farmers. However, despite denying these allegations, coke sales and marketing in India declined temporarily by 15%; thus, reducing its competitive advantage over Pepsi and Heineken.

Reasons why the problem persists-Coke continues to pollute the environment due to the increased production of plastic bottles that are poorly disposed of. Moreover, there are insufficient recycling systems than the rate of producing plastics. Coke continues to use a lot of water to support its products; thus, the company can only ensure it sustains various water sources.

Long-Term Plan for Water and Pollution Challenges-To prevent severe pollution, Coca-cola should observe the economic sanction laws. Consequently, the company should review its business code of ethics to incorporate strict measures to workers, managers, and directors regarding their ethical responsibilities to consumers, communities, and the environment. Moreover, Coke should observe the food and drug policy by manufacturing and distributing products with limited adverse effects on the consumers and the surrounding. The company should establish an internal environmental policy as required by NEMA to control internal pollution of the environment by employees, managers, and staff. Based on packaging, Coke should produce recyclable and reusable bottles.

Companies and enterprises violate human rights in different ways. Coke has been identified by the International union of food (IUF), WHO, and World trade organization (WTO) as a serial offender of human rights. In his article, (Neo, 2018), for example, outlined that in the Philippines and Indonesia, IUF alleged that Amatil bottler violated and systematically abused workers’ rights. Further, in the Philippines, the Coke-FEMSA, as the local bottler illegally and unlawfully dismissed over 600 workers following the significant implementation of taxes on sugar. The unlawful termination of workers is an unethical practice that violates employees’ rights. Similarly, the recent demonstrations in Atlanta as an emerging international campaign against Coke indicates the level of unethical practices by the organization.

In his research, Olaya (2018), determined that Coke’s is being associated with multiple cases of anti-union services. The most unusual scenario is Colombia, where the paramilitaries have killed over eight employees. Coke has been accused of using various paramilitaries to conduct anti-union violence in Colombia since 1990 (Olaya, 2018). Consequently, in Turkey, Ireland, America, Haiti, and Africa, Coke is increasingly being accused of violating the rights of workers. Based on these allegations, the company has received several warnings from the food and drug department (FAD), United Nations (UN), European Union (EU), NEMA, and WTO to stop abusing human rights.

Long-term plans for eliminating violation of human rights– Respect for all human rights forms an essential part of Coke’s increased success. To reduce cases of violating human rights, the company should adhere to WTO, IUF, and UN policies. Subsequently, the organization should enhance its provision of diversity, inclusion, and workplace safety for workers. The company should offer rights and freedom of significant collective bargaining. Based on employment, compensation, placement, advancement, and training, the company should recruit employees based on their performance, skills, and experience to be considered non-discriminatory.