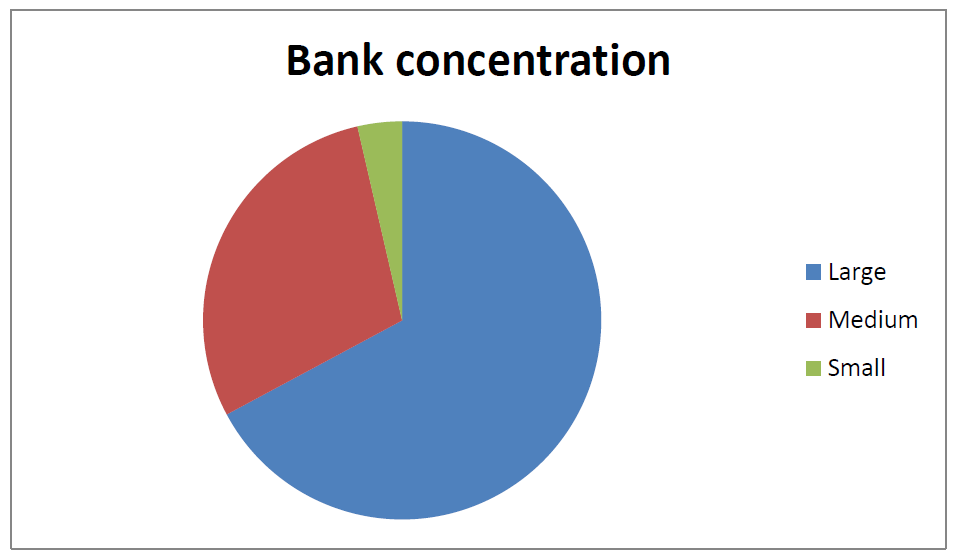 Concentration in the banking system is relatively high, although there is a continuous downward trend. Due to high concentration there are several systemically important banks, whose performances play a crucial role for the overall banking system and domestic economy. In 2014, one bank was acquired by another (third acquisition in the last seven years), which coupled with the accelerating growth of the activities of the smaller banks in the system reduced, to some extent, the still high differences between individual banks in the system. These developments enabled bringing the structure of assets and sources of funding for smaller banks closer to the structure of the activities common for the overall banking system. However, smaller banks still do not create sufficiently high and stable income that would provide positive financial results and long-term prospects for survival. Hence, some of them are very likely to face the need of changing the business model or the operating strategy.
Bank concentration
Large
Medium
Small 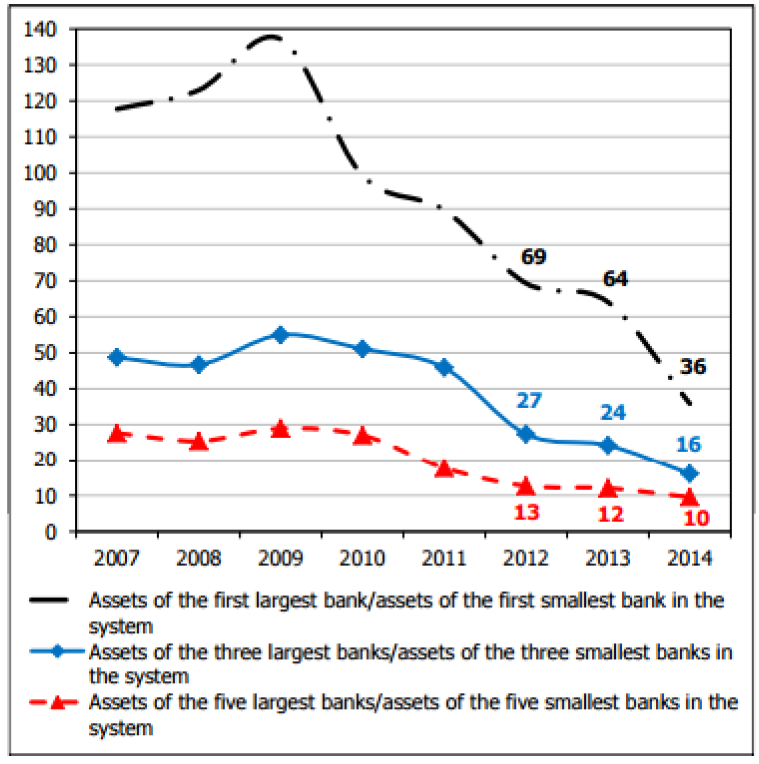 Figure 2 Indicators of concentration in the banking system and level of activity among smaller banks in number of times
Source: https://www.nbrm.mk/, Report on risks in the banking system of the Republic of Macedonia in 2014, 2015
Foreign shareholders are predominant in the ownership structure of banks (in 2014 this share was 76.2%). Seven Macedonian banks are subsidiaries of foreign banks, five of which are based in the Euro area (market share of subsidiaries of foreign banks based in the Euro area is 50.6%). Analyzed by country of origin of the foreign bank, the highest is the market share of the Macedonian banks owned by banks based in Greece. Although this neighboring country is facing severe debt crisis and banks there face problems and significant outflows of deposits, it did not affect the stability of the Macedonian banks, which are separate and independent legal entities established in the Republic of Macedonia, with their own capital and management bodies.